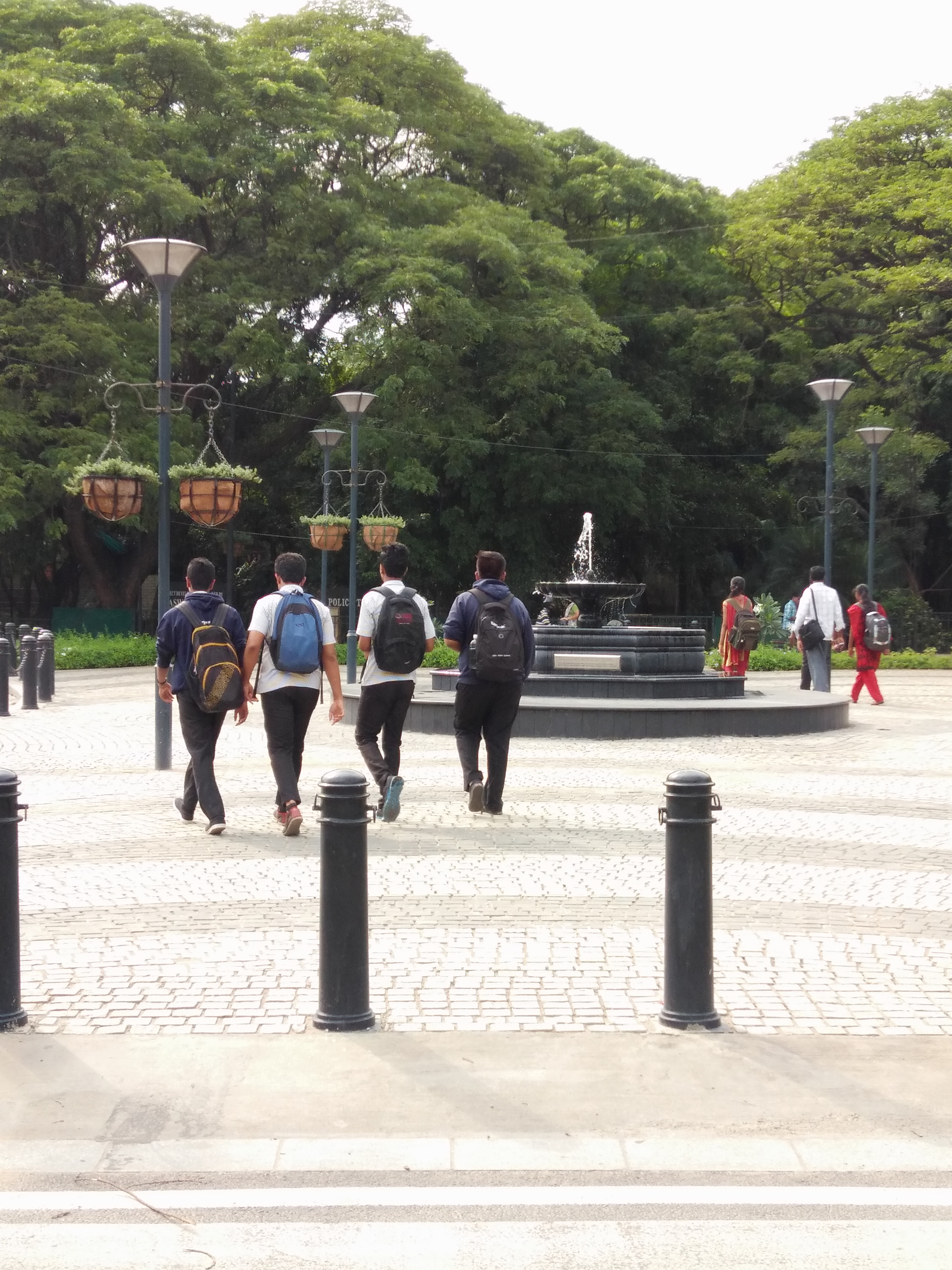 St. Mark’s Road named after the oldest Anglican Church in Bangalore, is a landmark street of the city synonymous with established eateries. The 0.90 km road is a part of the Central Business District, linking MG Road at Anil Kumble Circle in the north with Residency Road at Cash Pharmacy Junction in the south.

Before Tender SURE – the road was plagued with travel lanes of varying width with trees in the middle, broken discontinuous footpaths, unsafe intersections and poorly placed utilities.

After Tender SURE – the R-o-W has been re-divided to accommodate 2 vehicular travel lanes of uniform width from cash pharmacy Junction to St. Mark’s Plaza, and three vehicular travel lanes of uniform width from St.Marks Plaza to Anil Kumble Circle. Both these segments carry one way traffic in opposite directions.
St.Marks road has comfortable footpaths on both sides, and a cycle track on one side of the road. Where possible the non-motorized transport is separated from the travel lanes with landscape strips.
The road has been redesigned with a designated bus bay, an auto rickshaw bay and organized on street parking for 21 four wheelers and 49 two wheelers. Two landmark intersections with around 500 SQM of public space has also been reclaimed for the city. 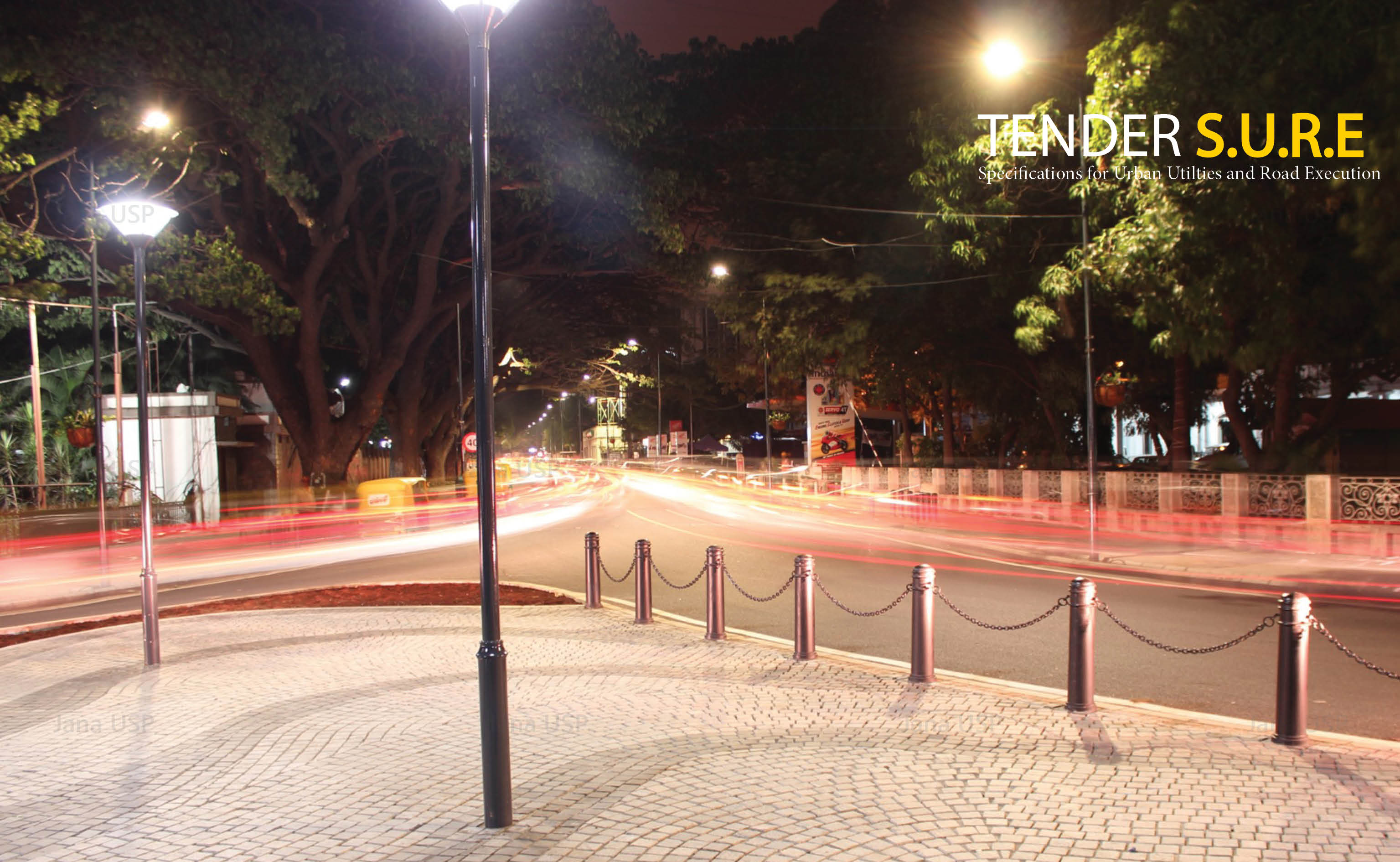 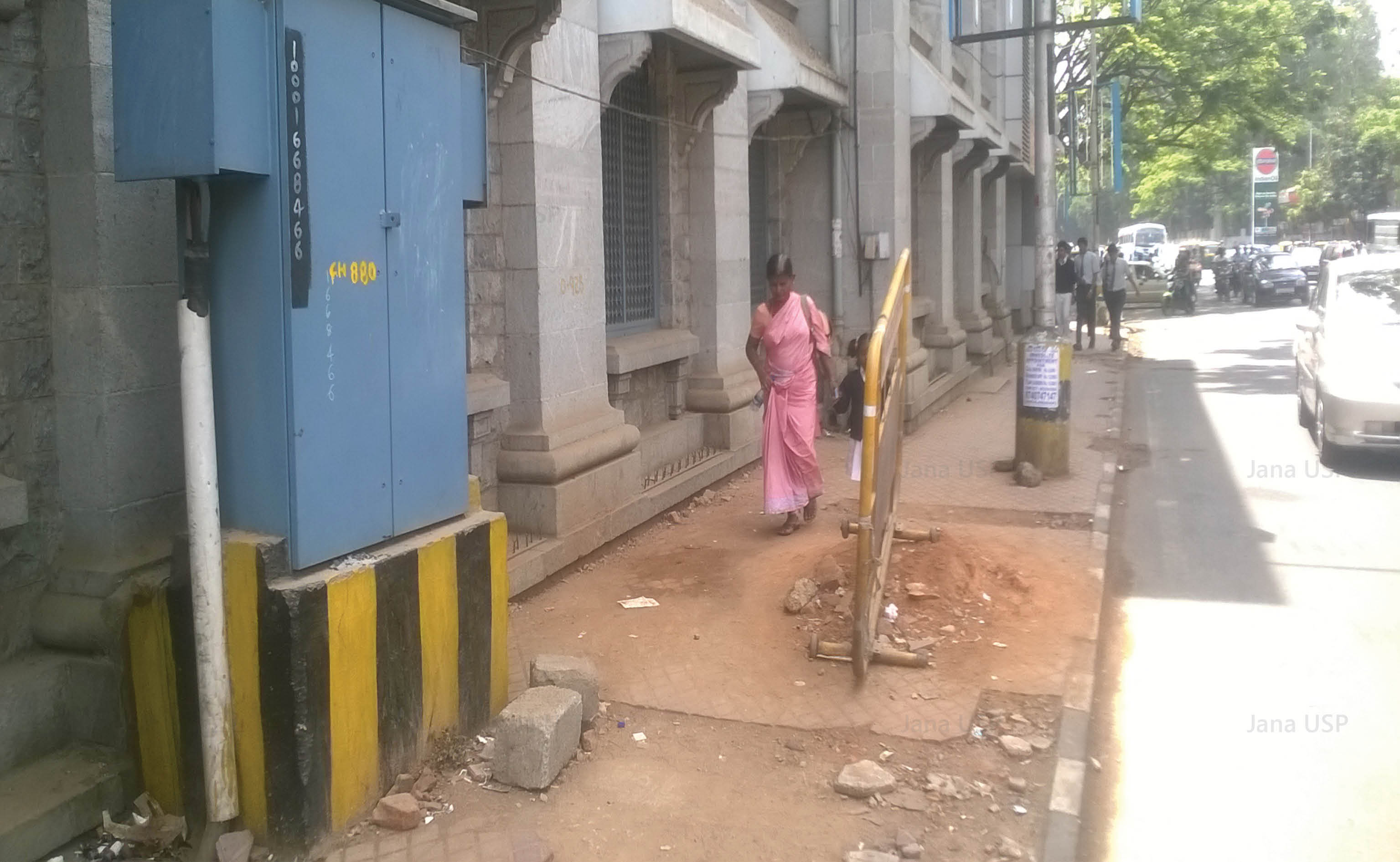 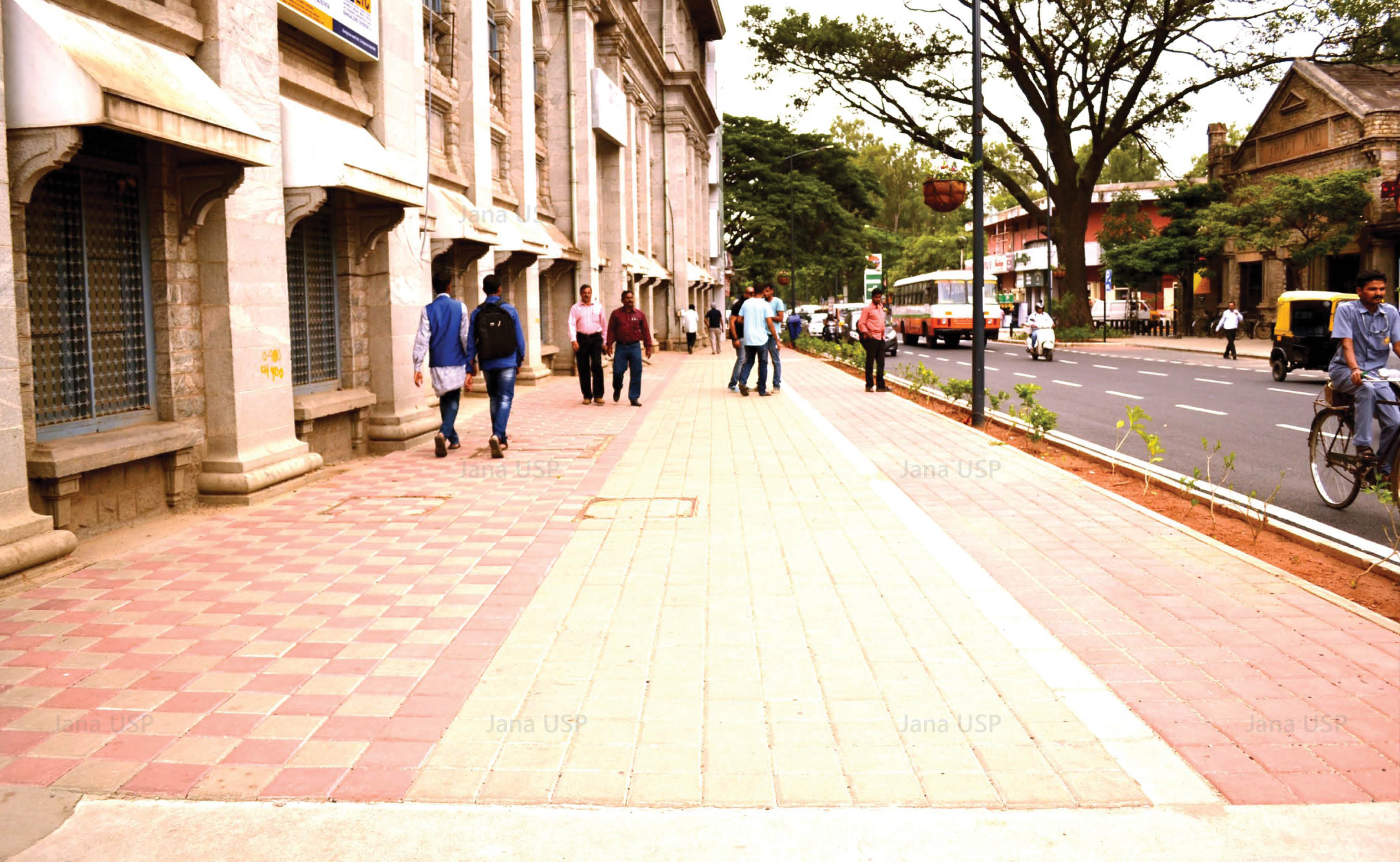 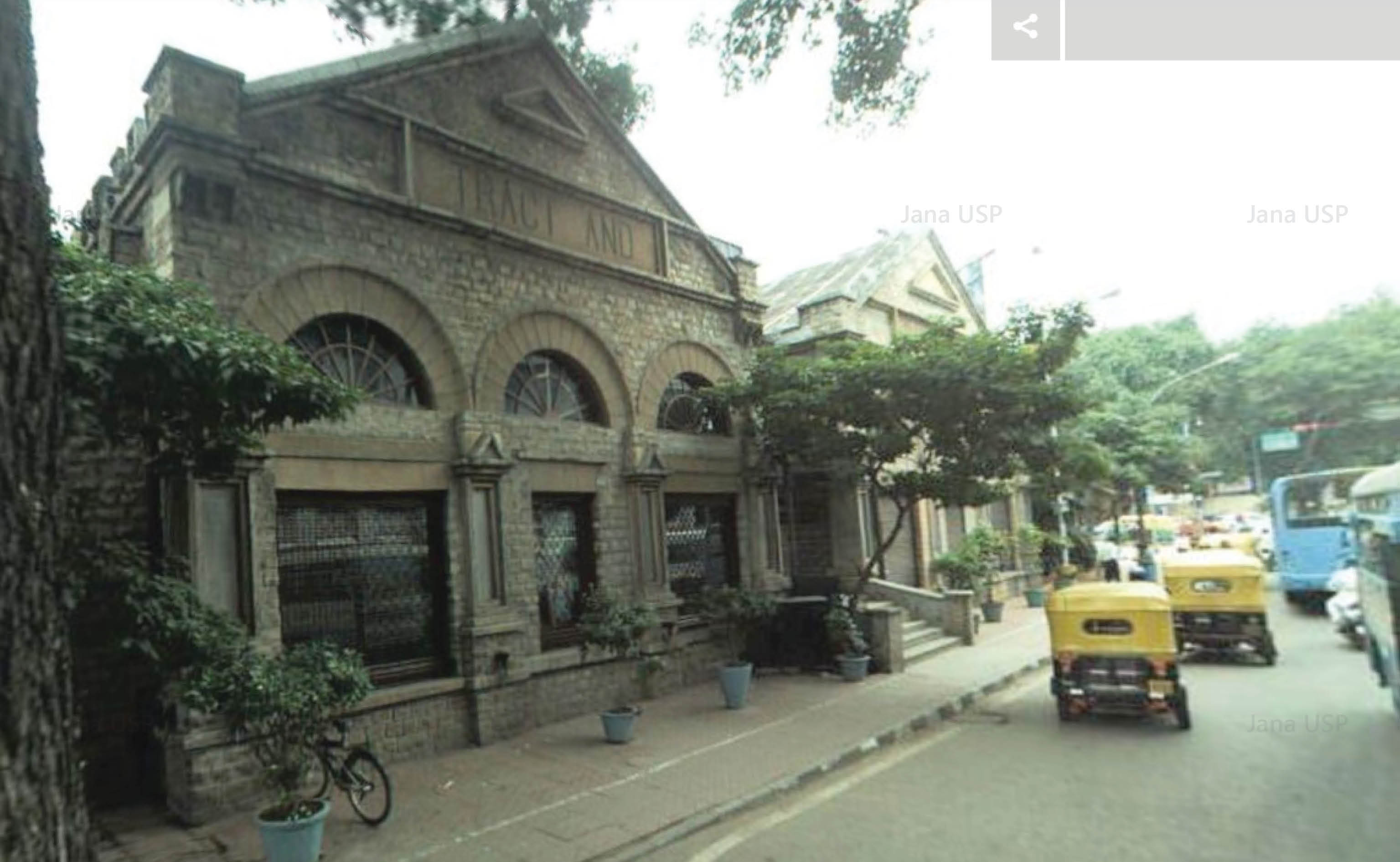 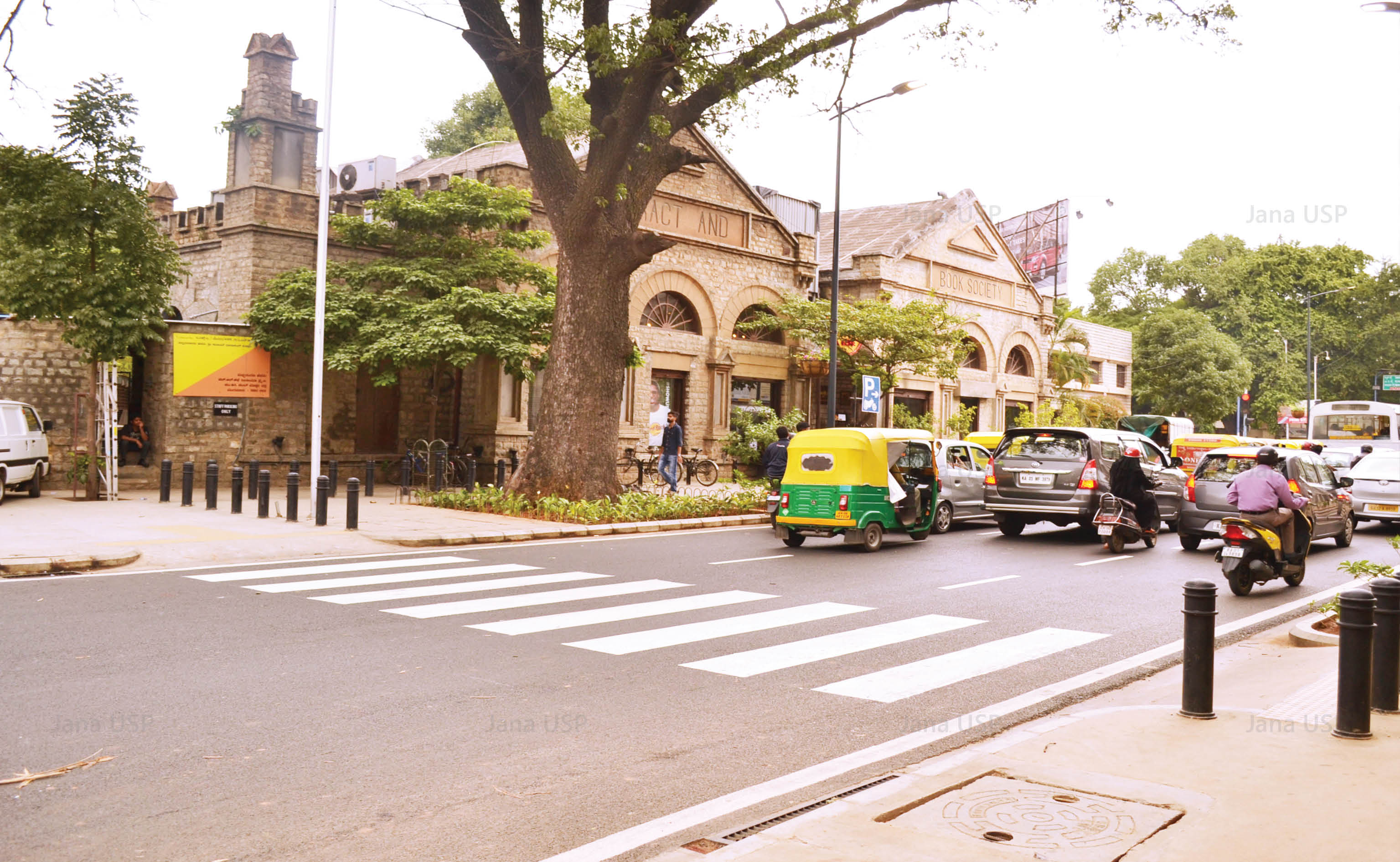 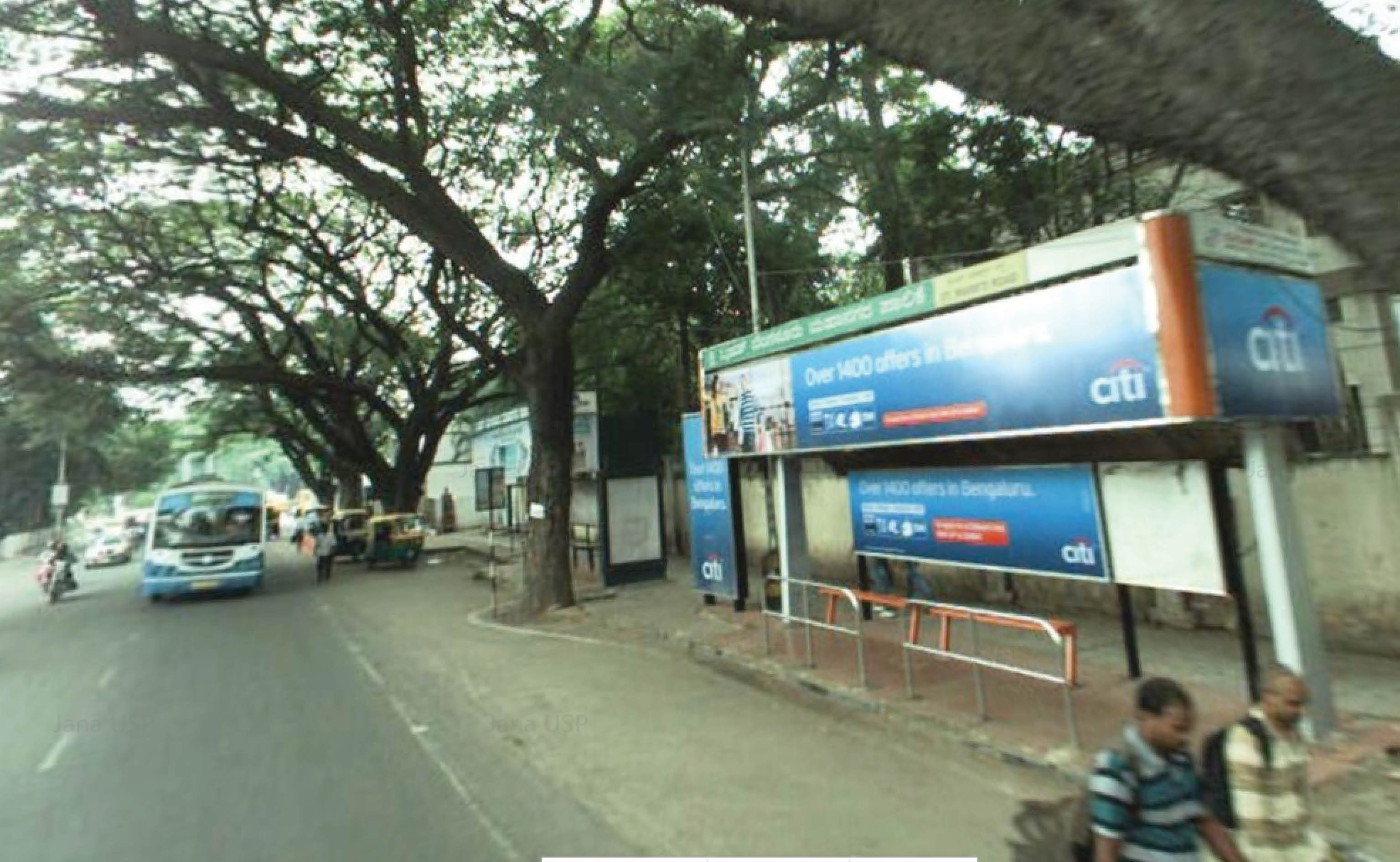 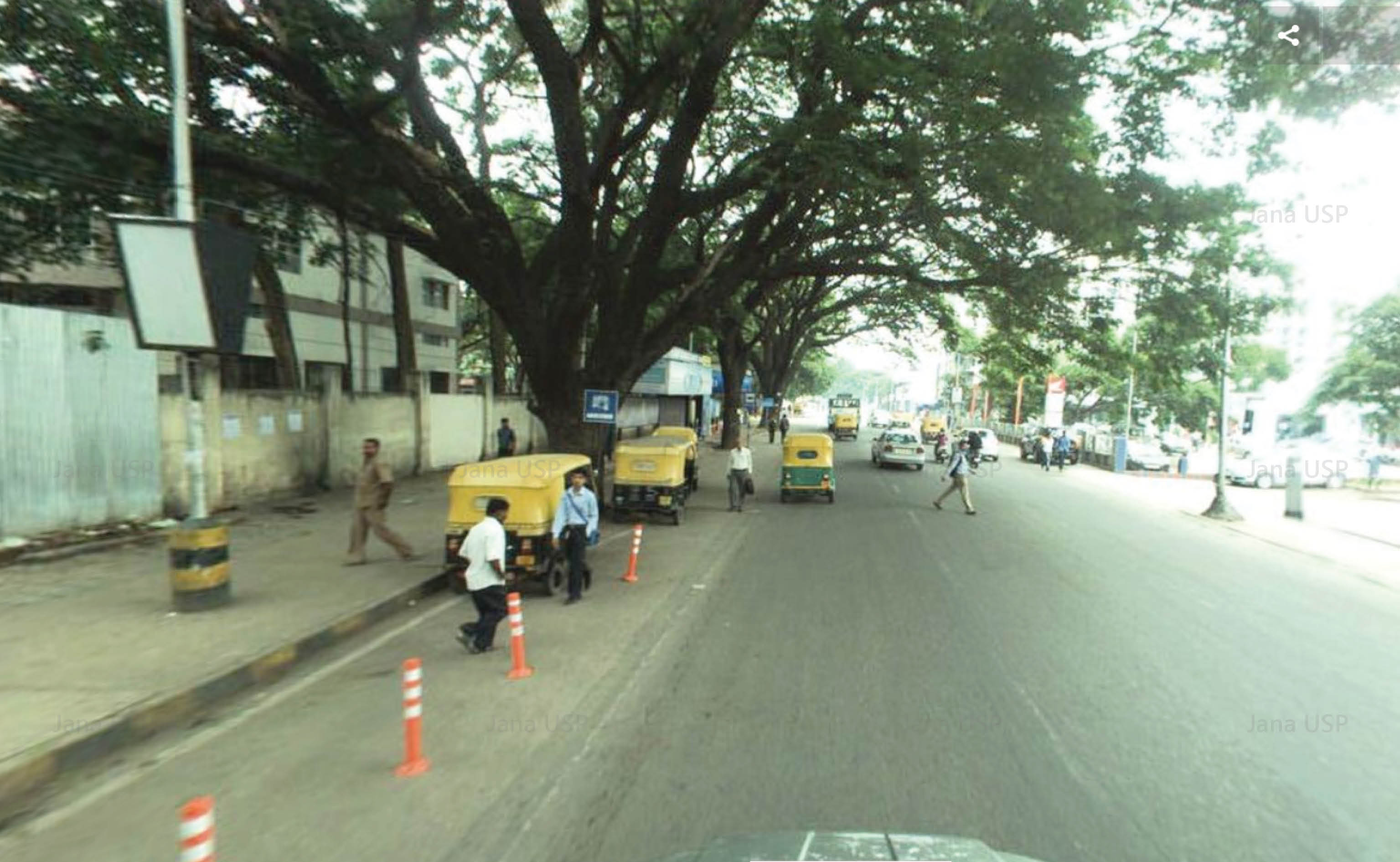 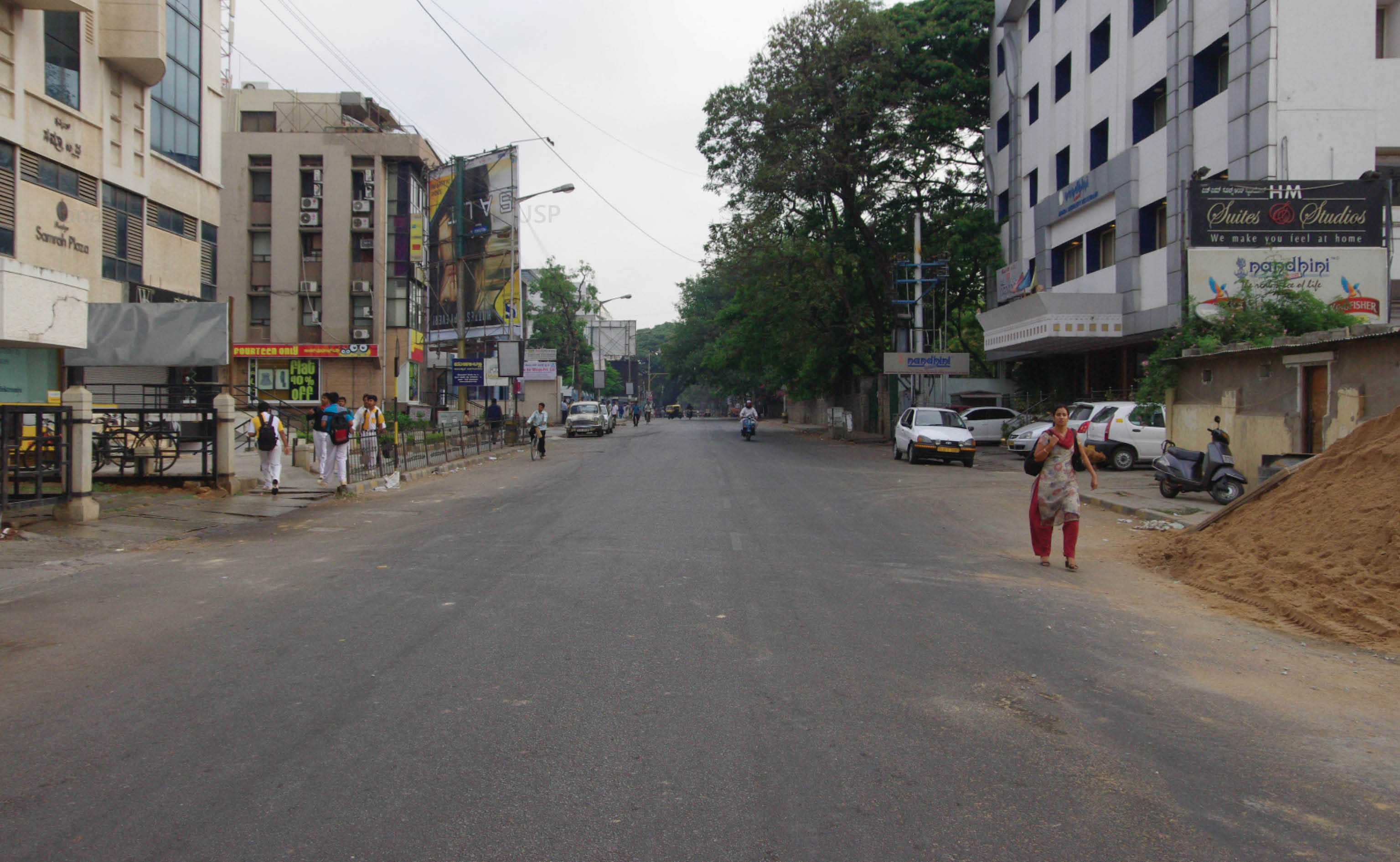 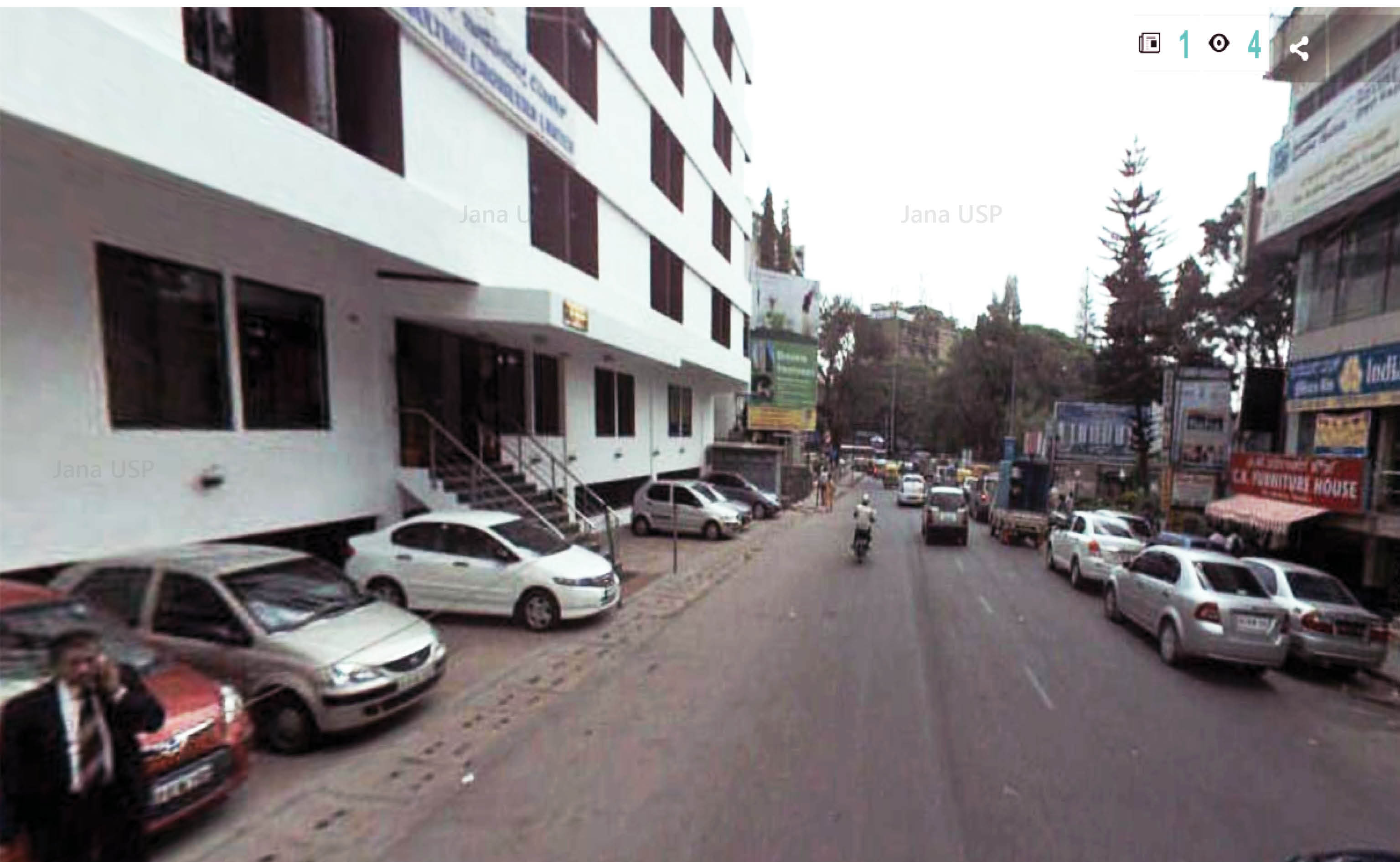