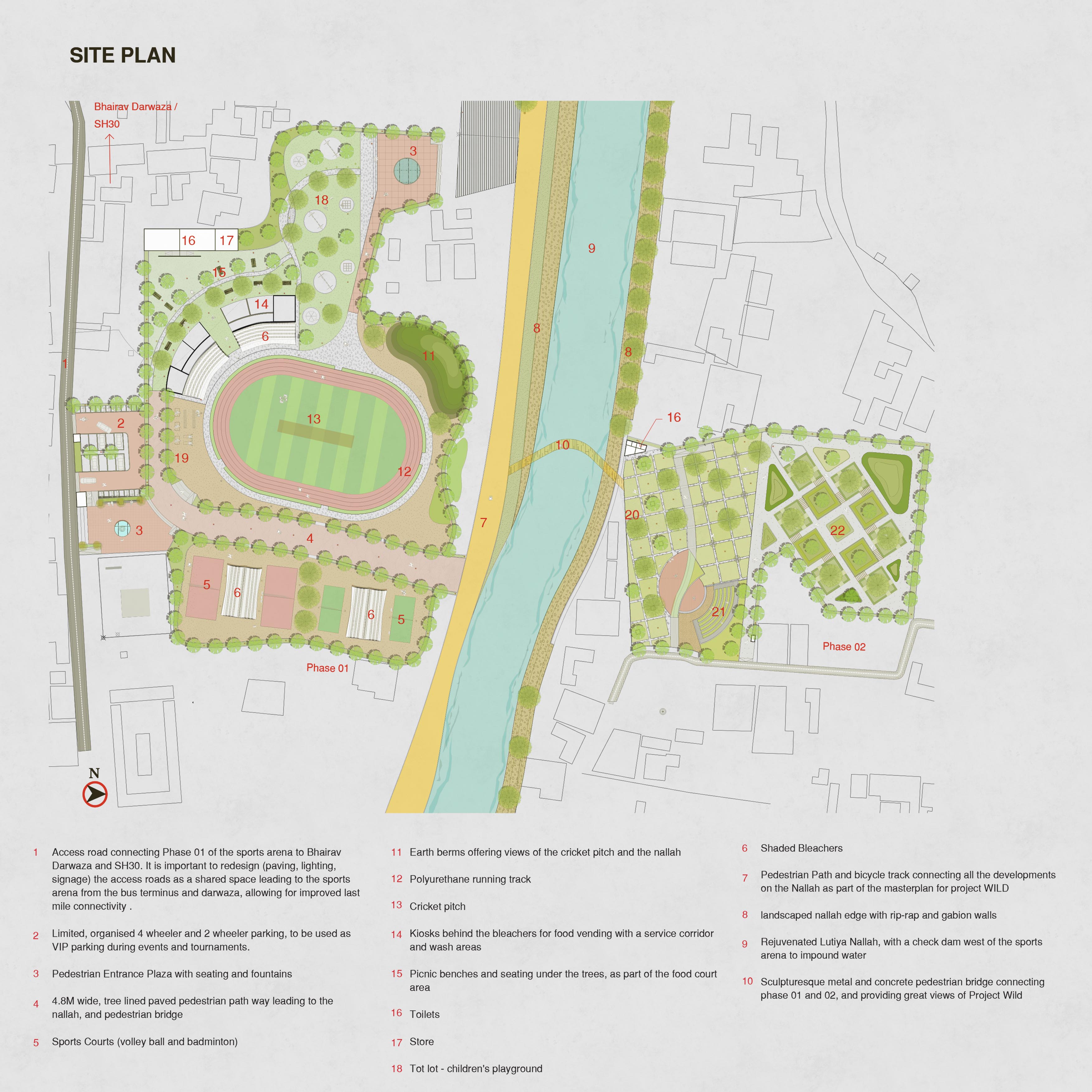 Jana Urban Space prepared and submitted the masterplan for Sawai Madhopur -2035 in 2015, and it was subsequently notified in 2017. Three plan projects were identified as part of the masterplan to transform the quality of life for its citizens and convert it to a pull city from a push city.  Project WILD – the restoration and rejuvenation of 12 KM of Lutiya Nallah as an important water body, green mobility corridor and public space was one of the plan projects. Six government owned sites were identified along the nallah to create public spaces of great value, including a sports arena, public parks, markets and a convention centre. All of them are connected via the continuous green mobility corridor along the nallah and are connected to the rest of the city via roads.

The old city of Sawai Madhopur is surrounded by mountains and bordered by the Lutiya Nallah on the west. Like most old cities in India it is dense, crowded and suffers from lack of open space. A sports arena was proposed in two phases on both banks of the nallah, at the old city, to create a much needed community space for all ages, with sports facilities, children’s play areas, a food court, and a senior citizens plaza.

The sports arena was envisioned to be both an everyday public space as well as a sports destination for the city, hosting events and tournaments. 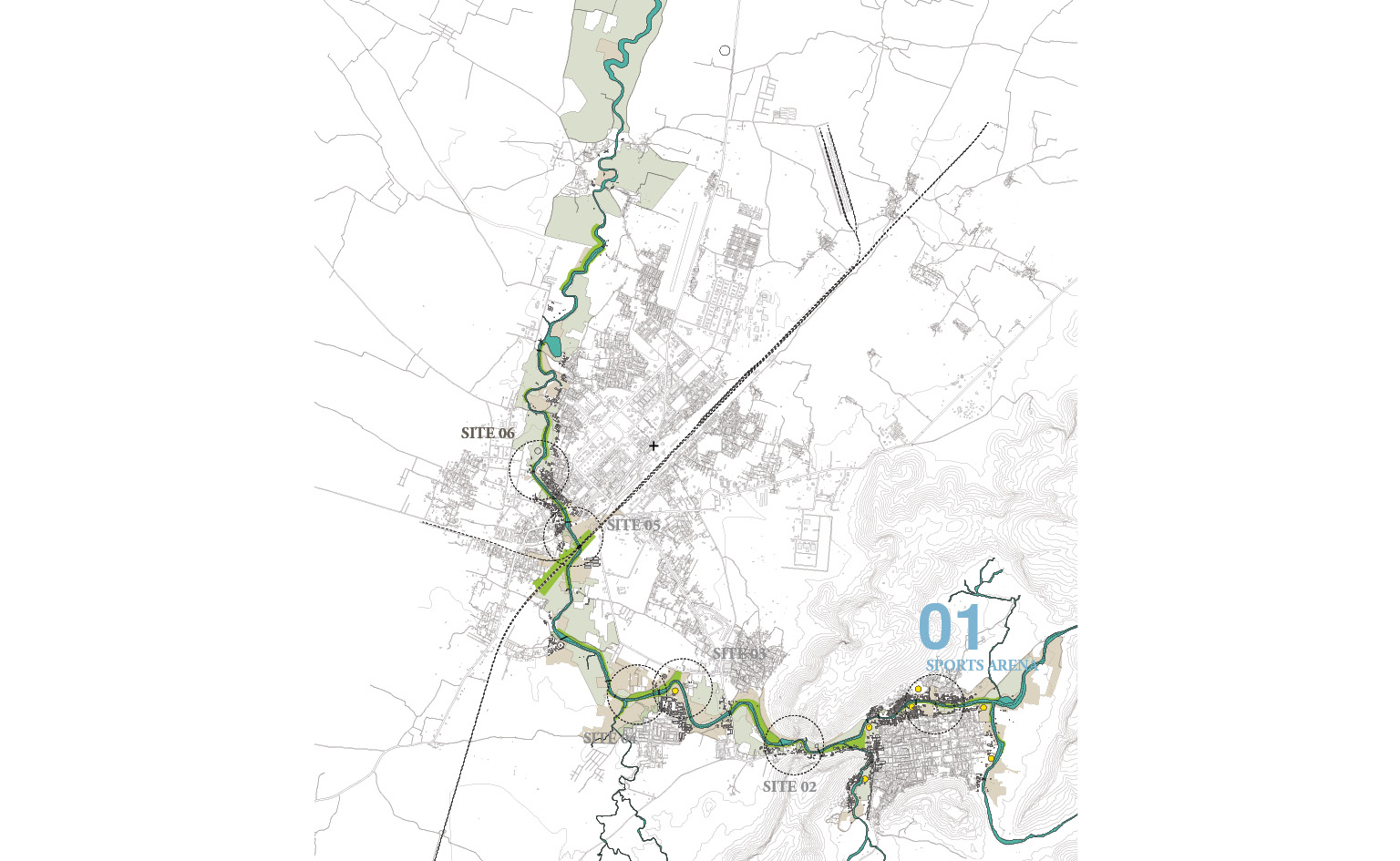 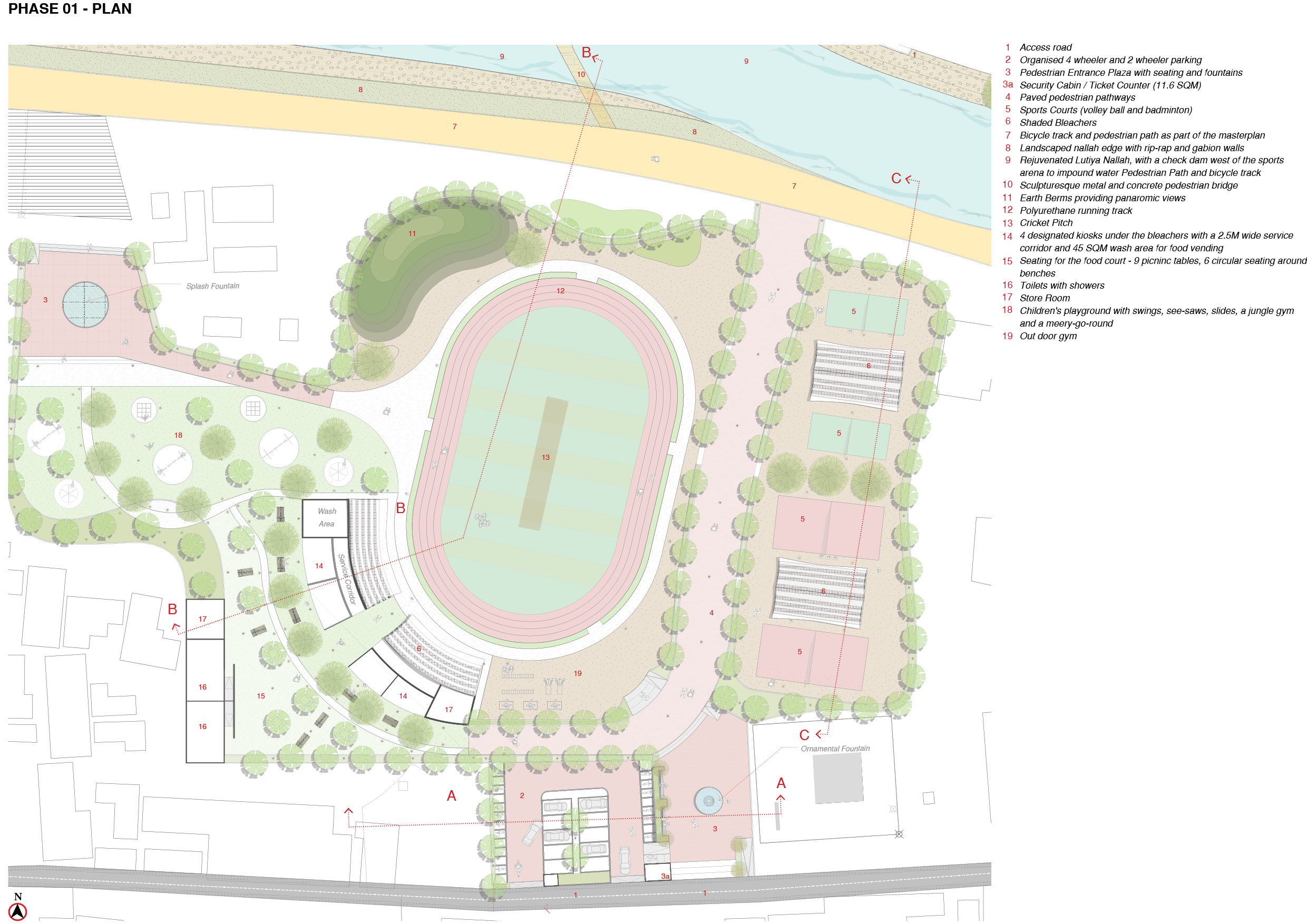 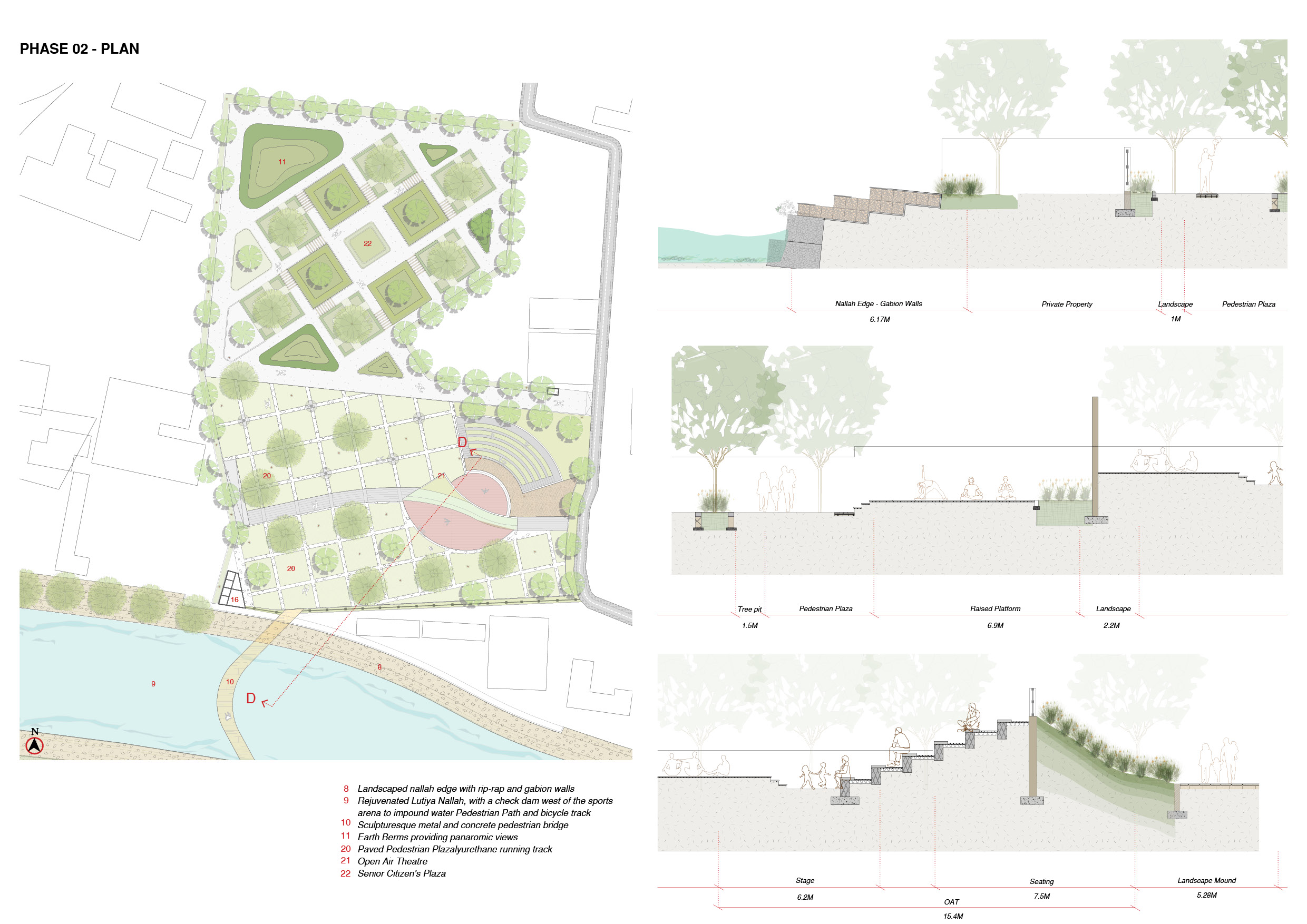 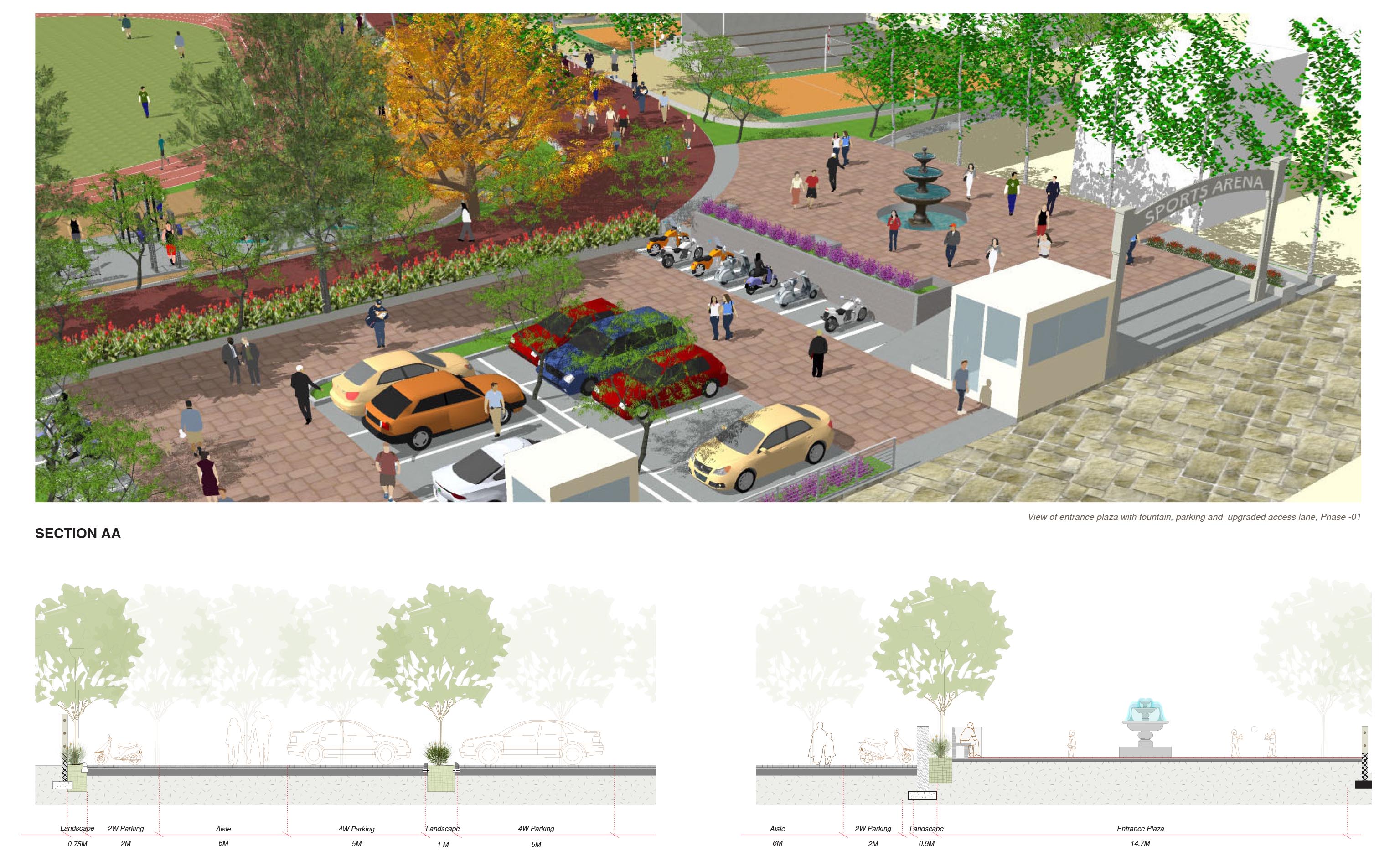 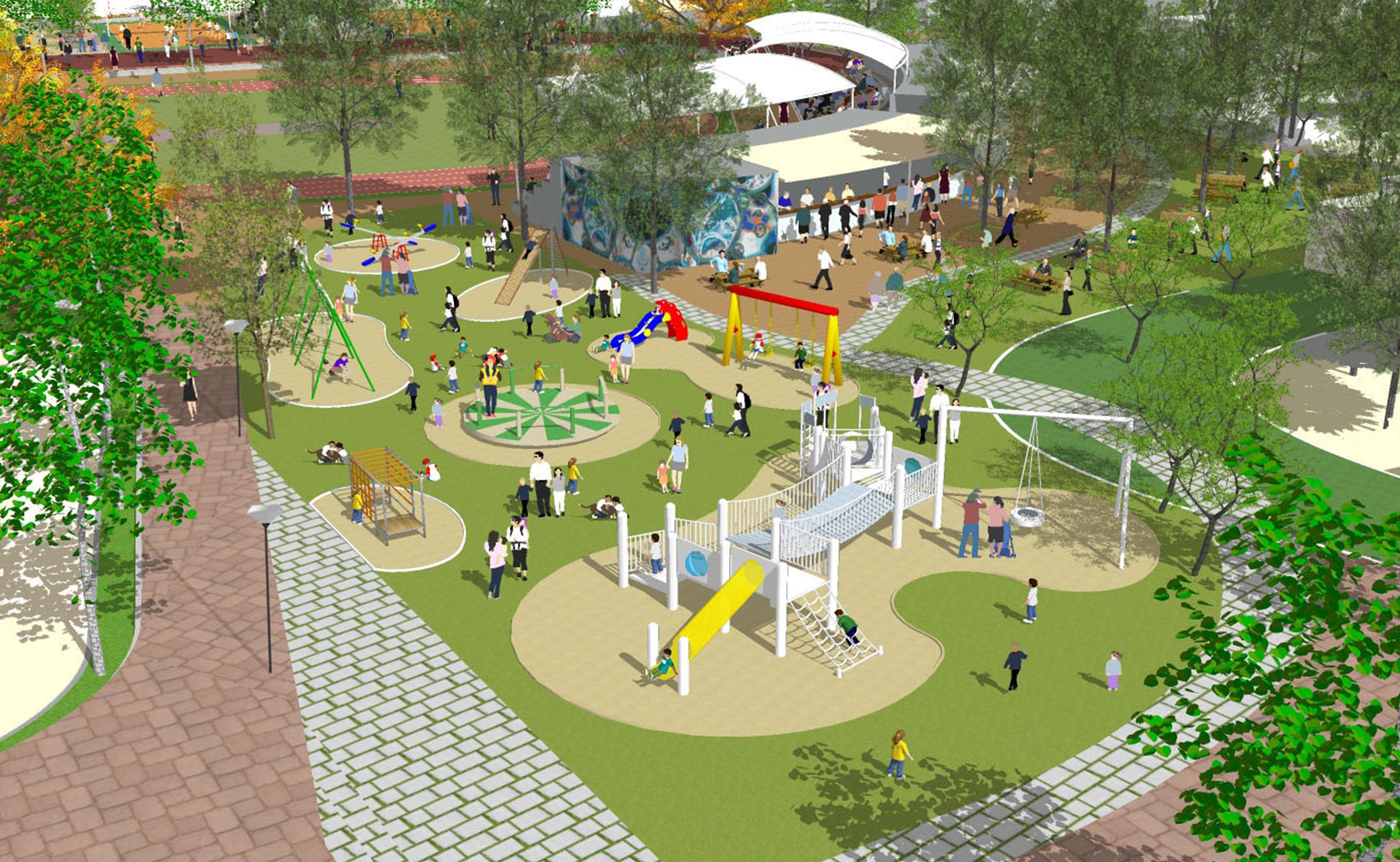 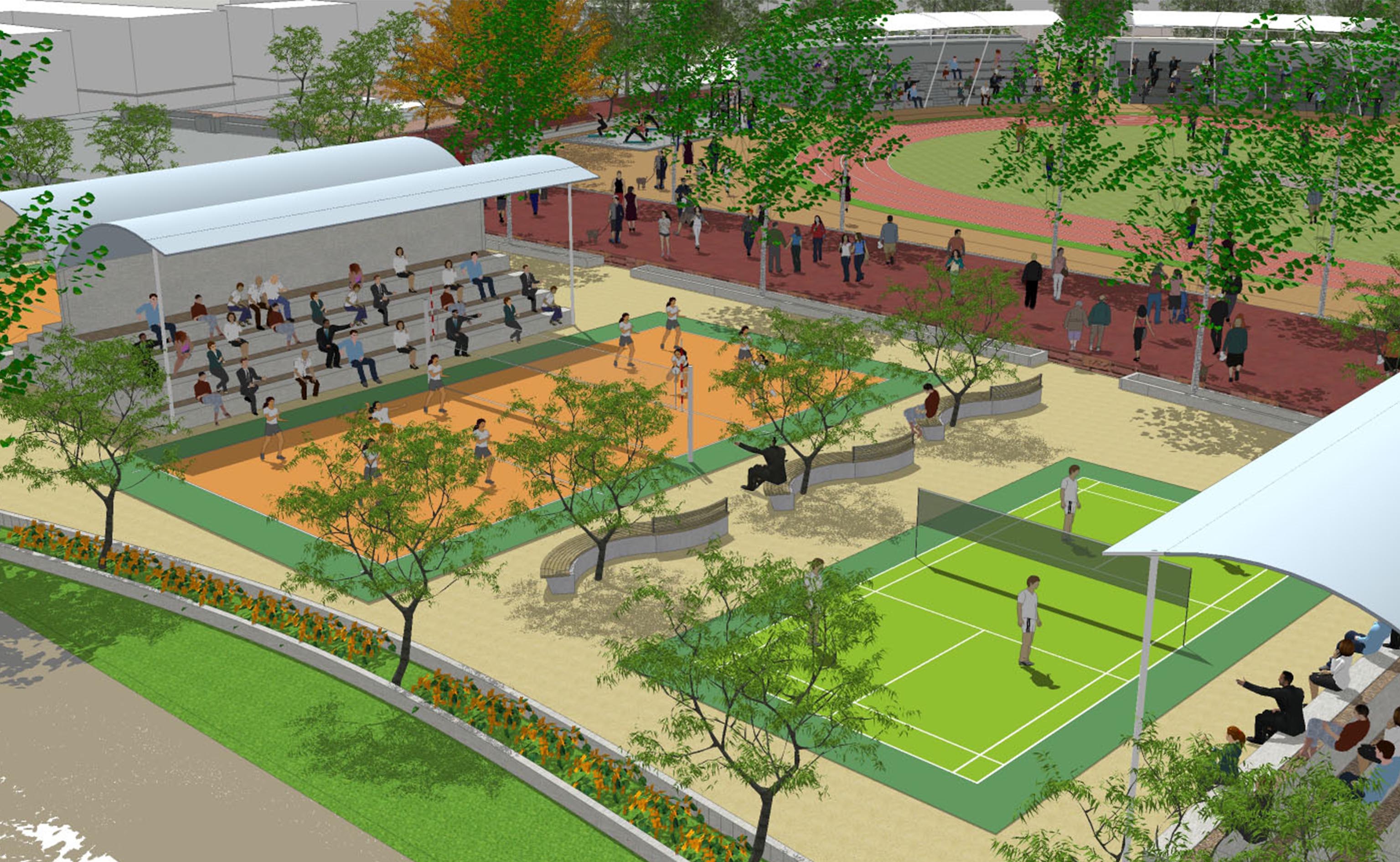