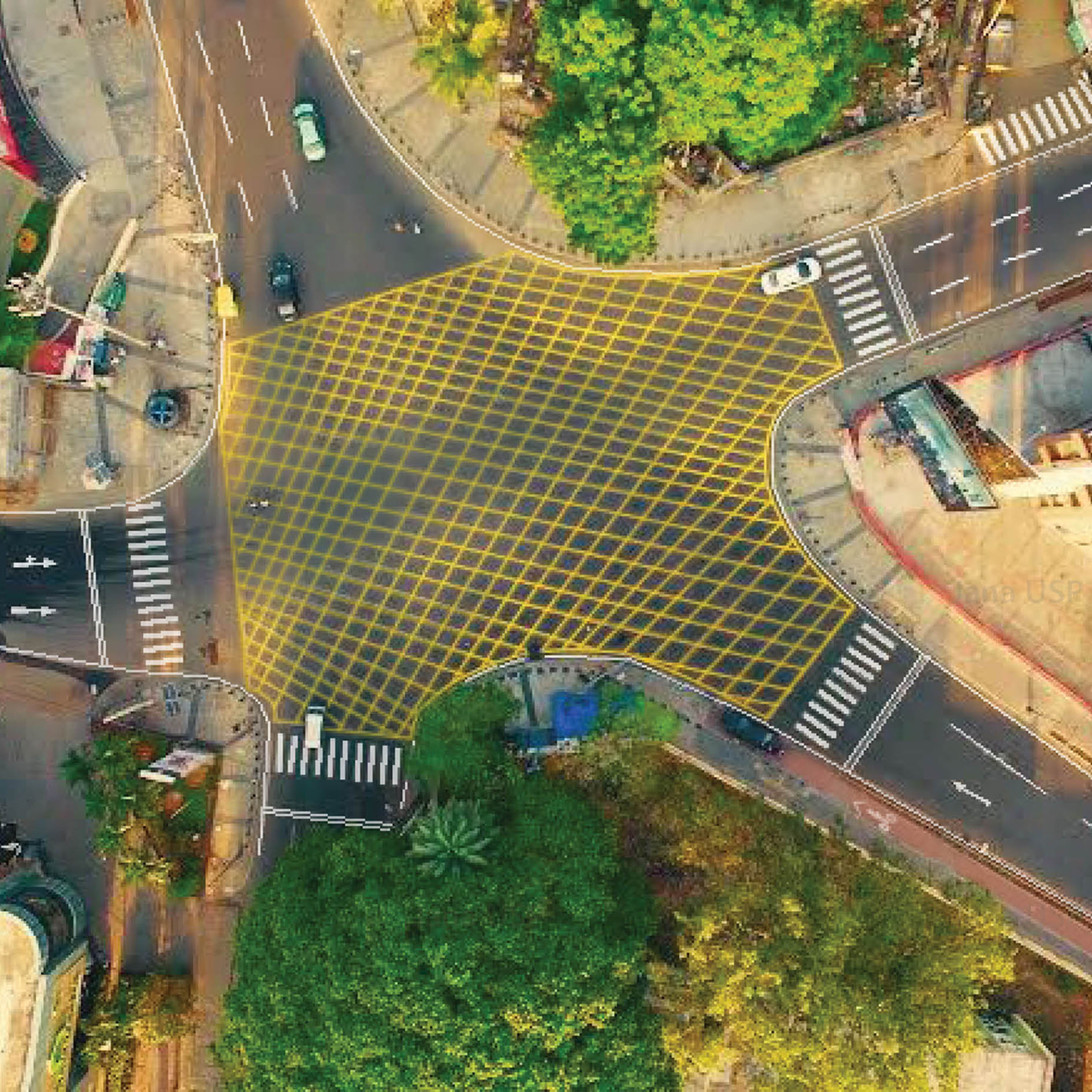 Richmond Road was named after a famous advocate of the Madras High Court, who was intimately connected with the administration of the Madras Presidency, when Bangalore Cantonment was a part of the Madras presidency.

Before Tender SURE, the road suffered from travel lanes of greatly varying width with trees and other obstructions in the middle. A complete lack of pedestrian infrastructure and disorganized parking further encroached the travel lane. All users of the road were forced to share the same space, compounding the chaos.

After Tender SURE, based on traffic volume, traffic direction and carrying capacity, the road has been divided into three sections. The first segment from Richmond Circle to D’Souza Circle supports 3 travel lanes of uniform width. Both sides of the road have evenly paved continuous footpaths separated from other forms of movement by landscape strips. There is a cycle track on one side of the road, and organized street parking  and bus bays as required. The second segment of the road from D’Souza Circle to Hosmat Hospital supports two travel lanes, and footpaths on both sides. There is a shared cycle lane in this segment. The third segment from Hosmat Hospital to Trinity Circle supports two way traffic on either side of a median, continuous footpaths and a designated cycle track. All segments have been designed with organised underground utilities contained under the footpath, safe intersections and good lighting. 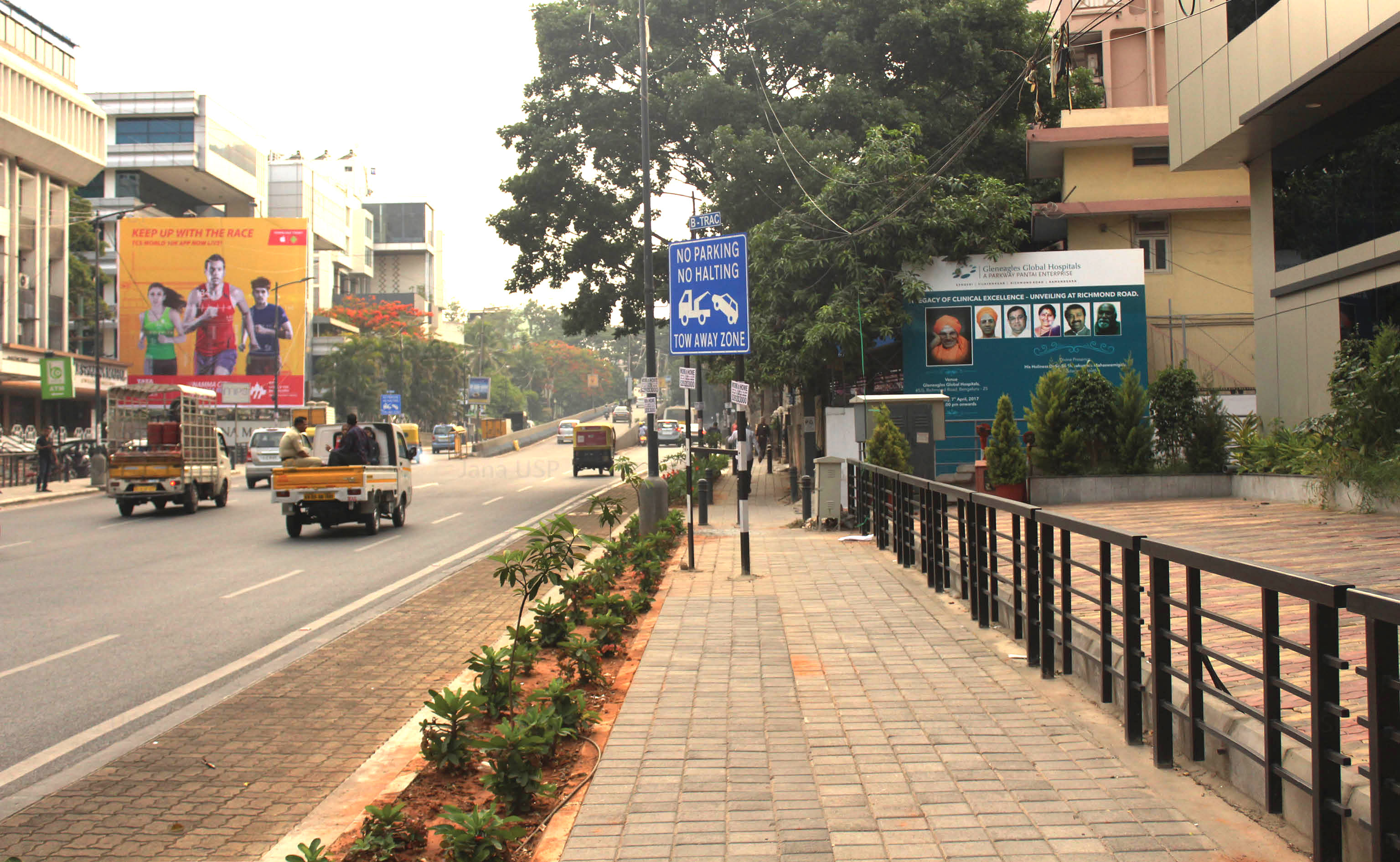 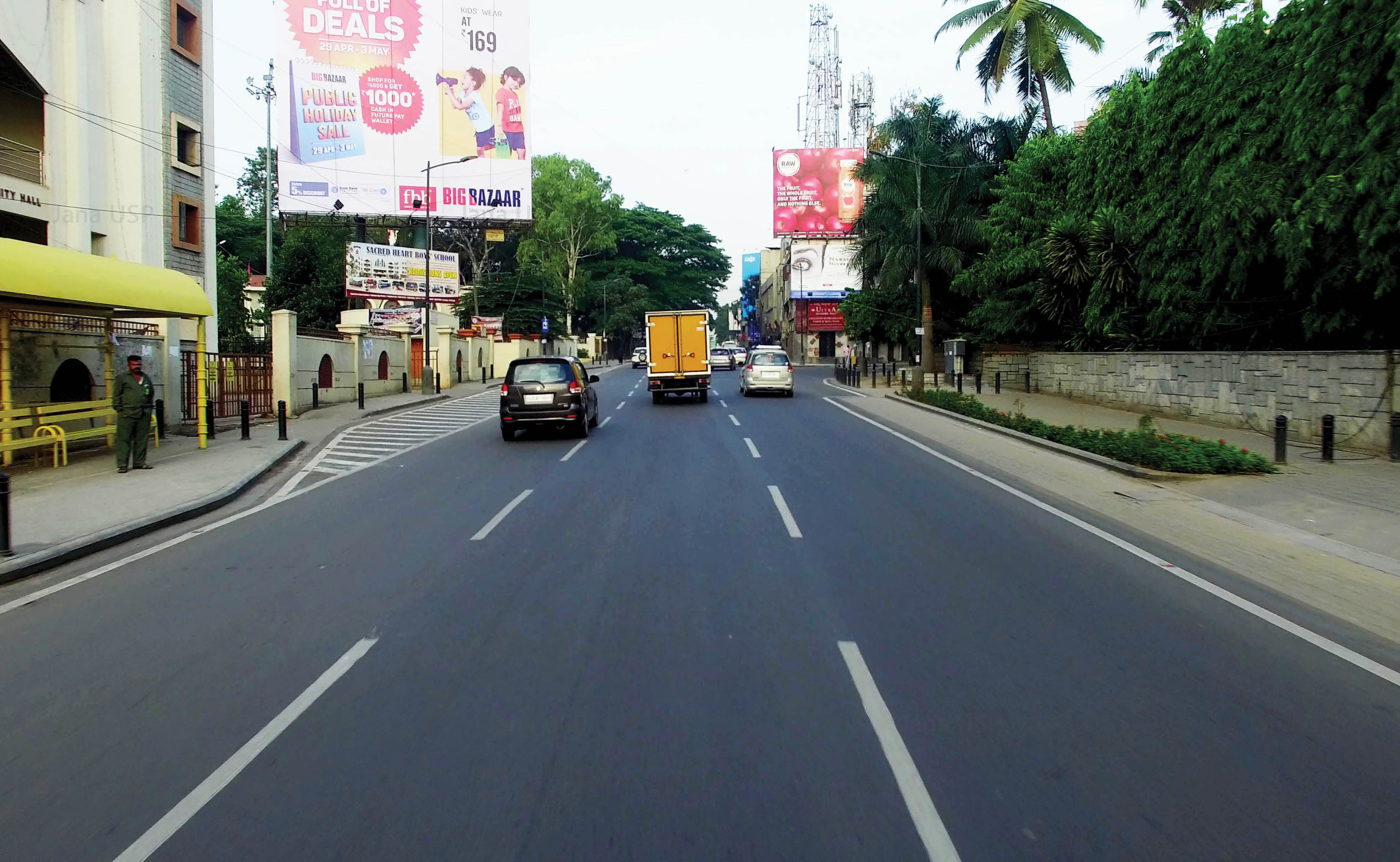 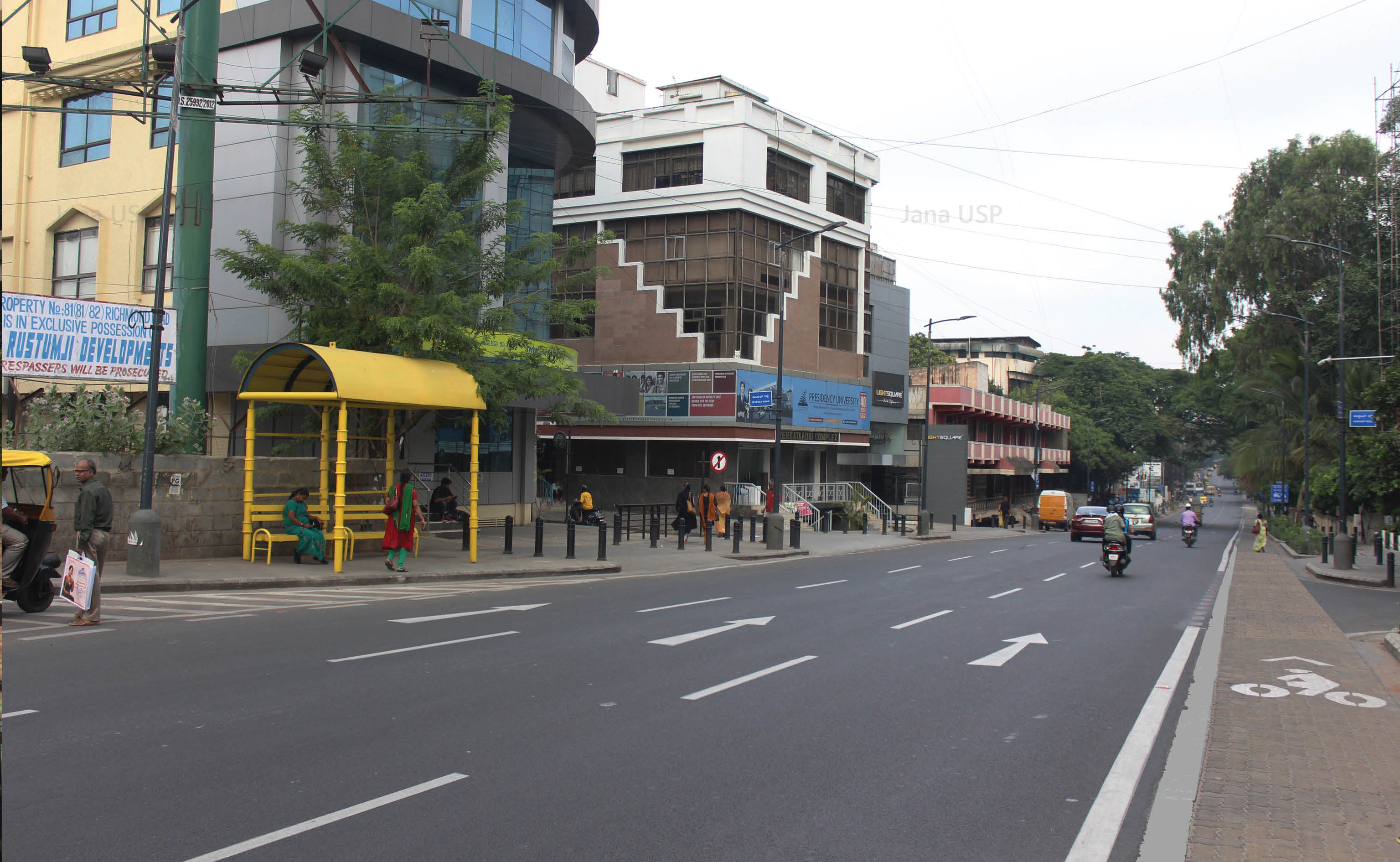 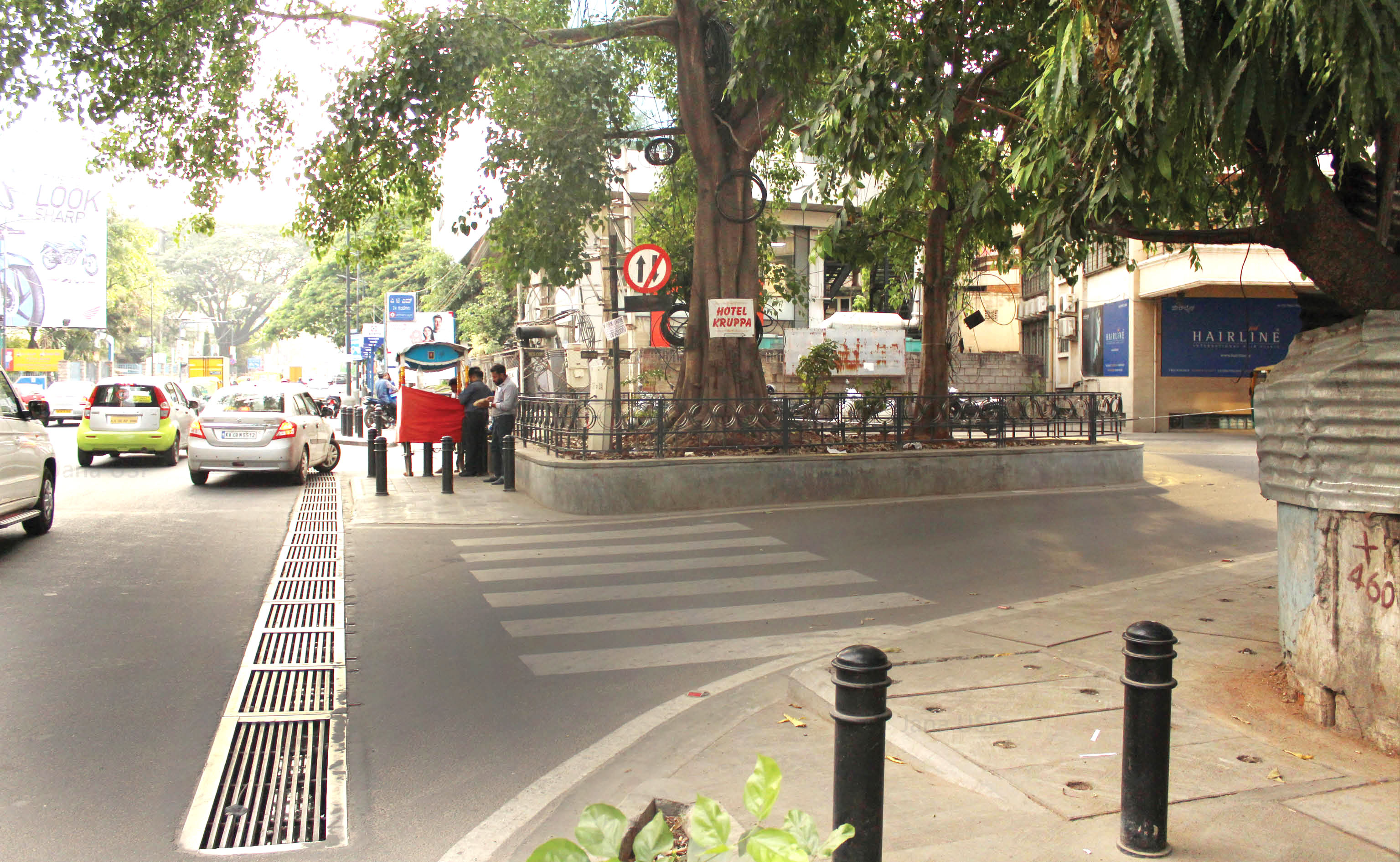 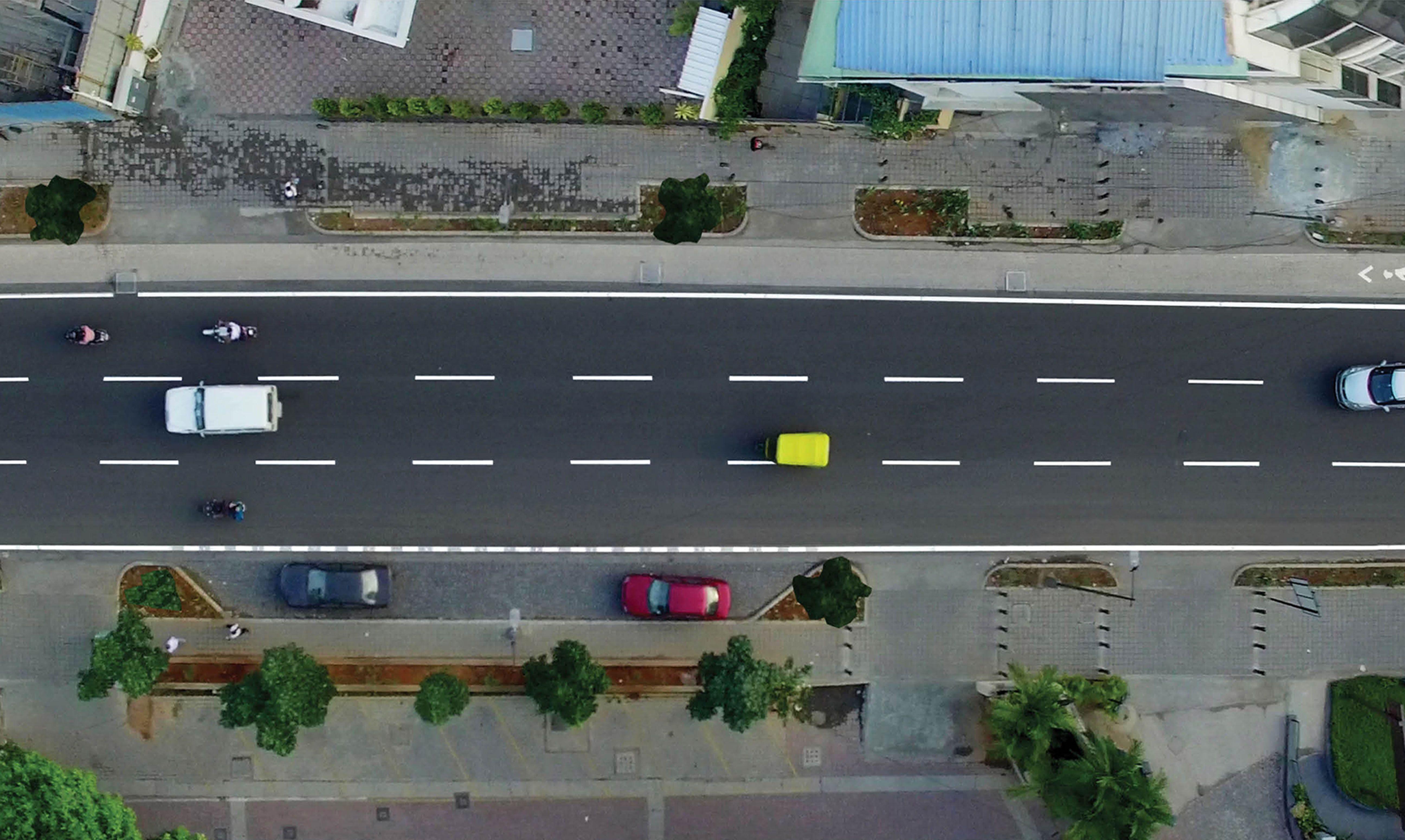 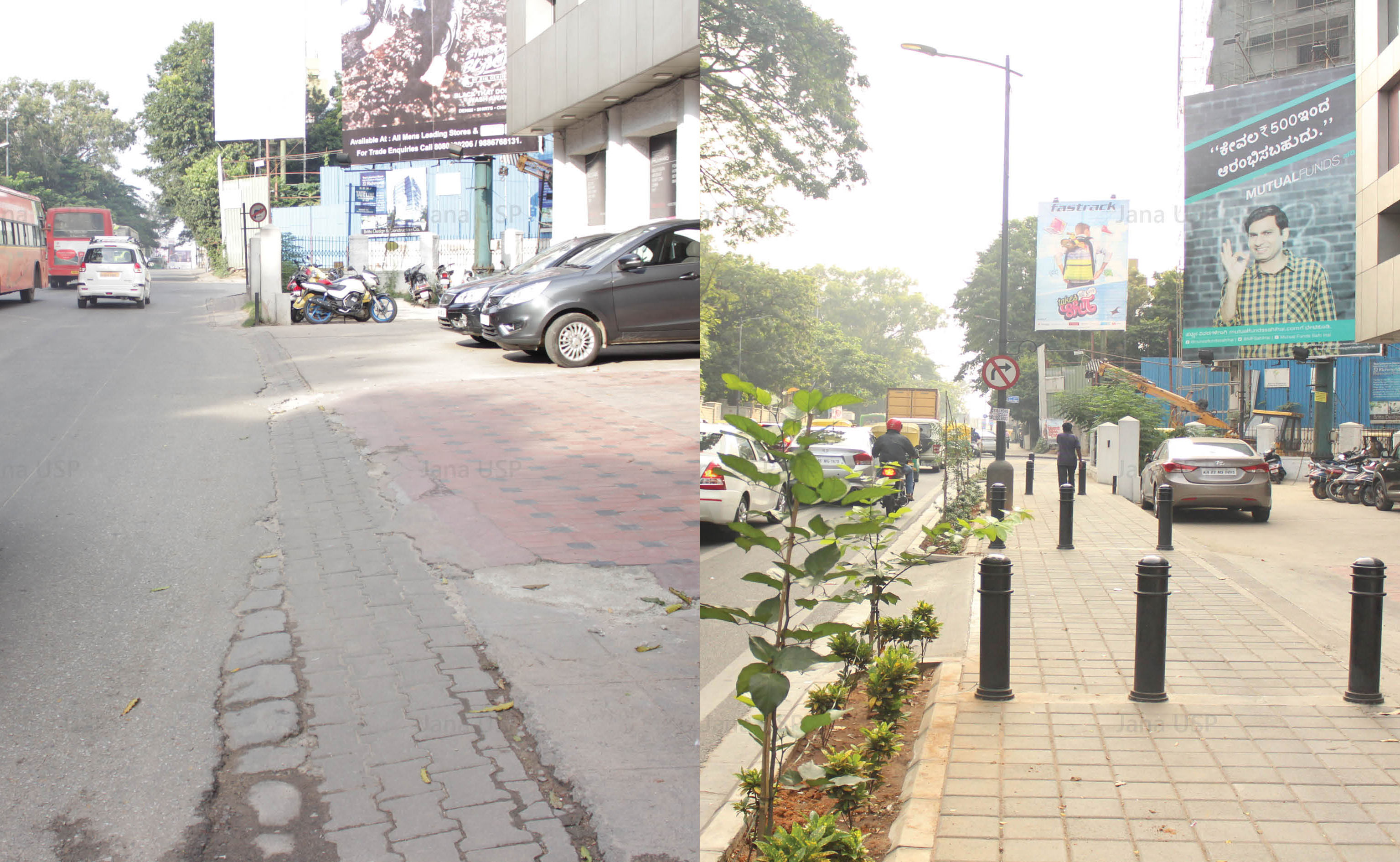