The KR Market precinct covers an area of 47,000 SQM and is situated in the epicenter of a historic, dense and commercial area – Chikpete with an approximate population of 5,03,416 covering an area of 21.46 SQ KM. The market in itself houses around 1200 vendors, both formal and informal and also provides employment to coolies, the goods transport industry, and other supportive functions. It is estimated that the market receives over 1,00,000 footfalls every day.

Whilst the market is responsible for a 20,00,00,000 rs (20 Cr) turnover on a daily basis, many of the vendors especially the informal vendors who are mostly women outside the market face all the challenges that are prevalent in an informal economy including lack of security and financial inclusion.

The third floor of the market building has been vacant since it was built in 1997 and the meat market is currently dilapidated and therefore largely vacant contributing to a continued loss of revenue to the municipality.

Apart from the economic challenges the market is plagued with poor infrastructure, a lack of amenities, chaotic movement issues, disorganized loading and unloading, poor last mile connectivity to public transport, and a barely functioning solid waste management system. It is estimated that the market produces around 8 tonnes of waste most of which is organic on a daily basis. The bio methane plant within the campus has been defunct since its construction in 2014.

This has resulted in a poor user experience for both the vendors and customers and the lack of convenience deters a greater public participation in the market.

The KR Market project aims to transform the market into a sustainable, thriving centre of economic, cultural and social importance, whilst safeguarding and enhancing its historic importance to provide for a distinct memorable identity. The key proposals aim at rejuvenating the main building – and repurposing the vacant areas, organising vending around the market, providing for a smooth movement of goods – organised loading | unloading | sorting an auctioning areas, a new meat market and post office building, well designed roads around the market, improved connectivity to bus and metro, improved public amenities – toilets, drinking water, food courts, and providing for organised infrastructure and fire safety. 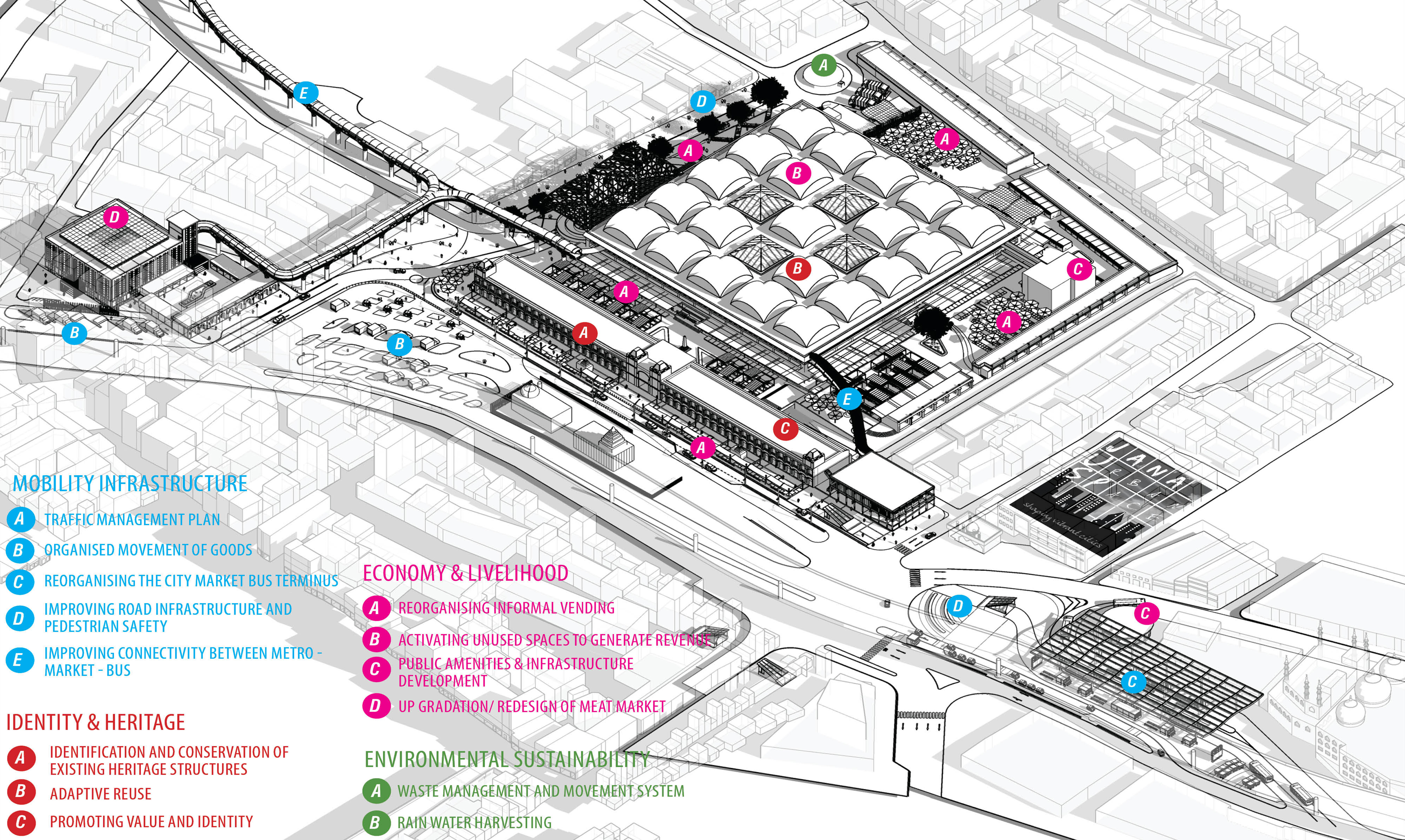 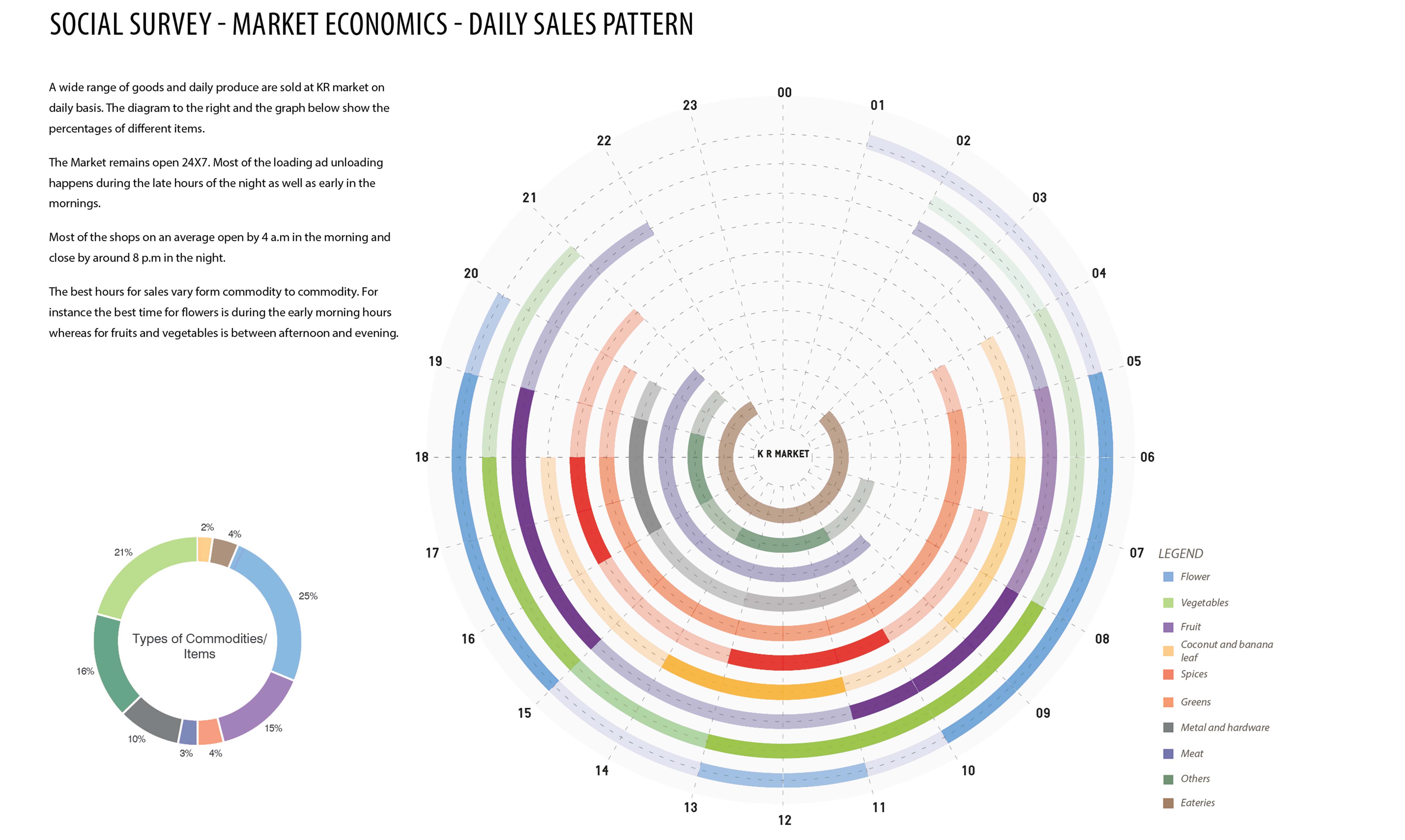 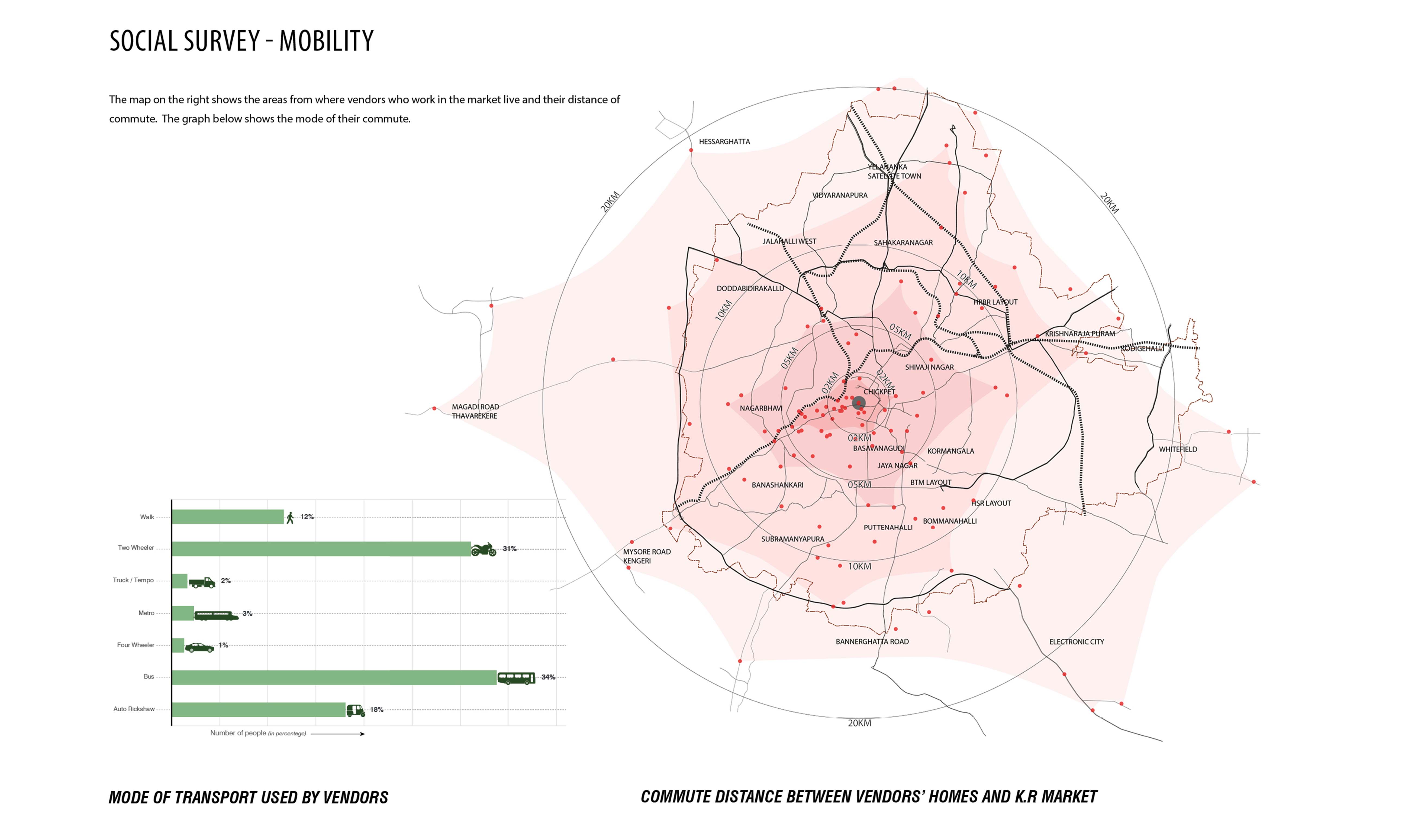 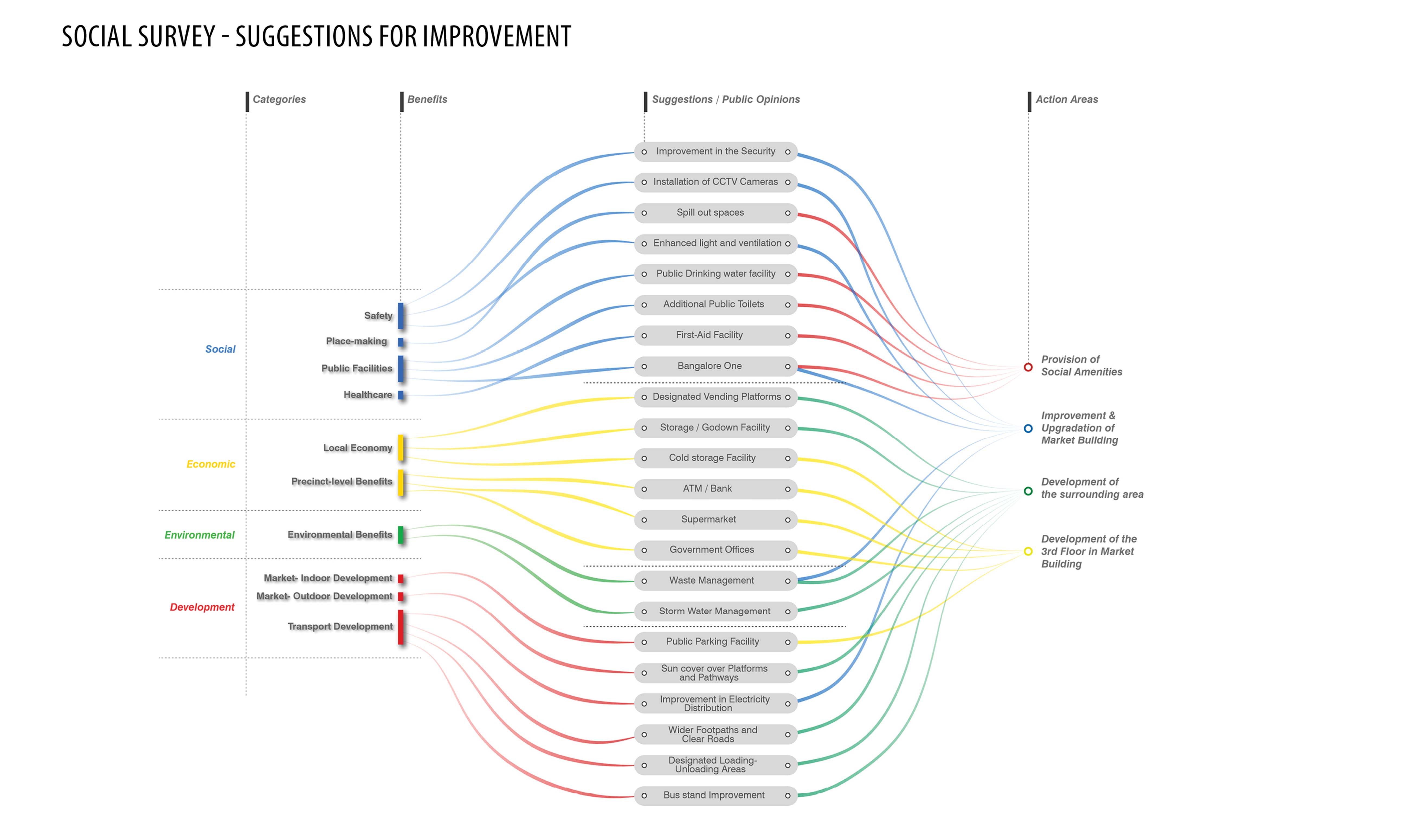 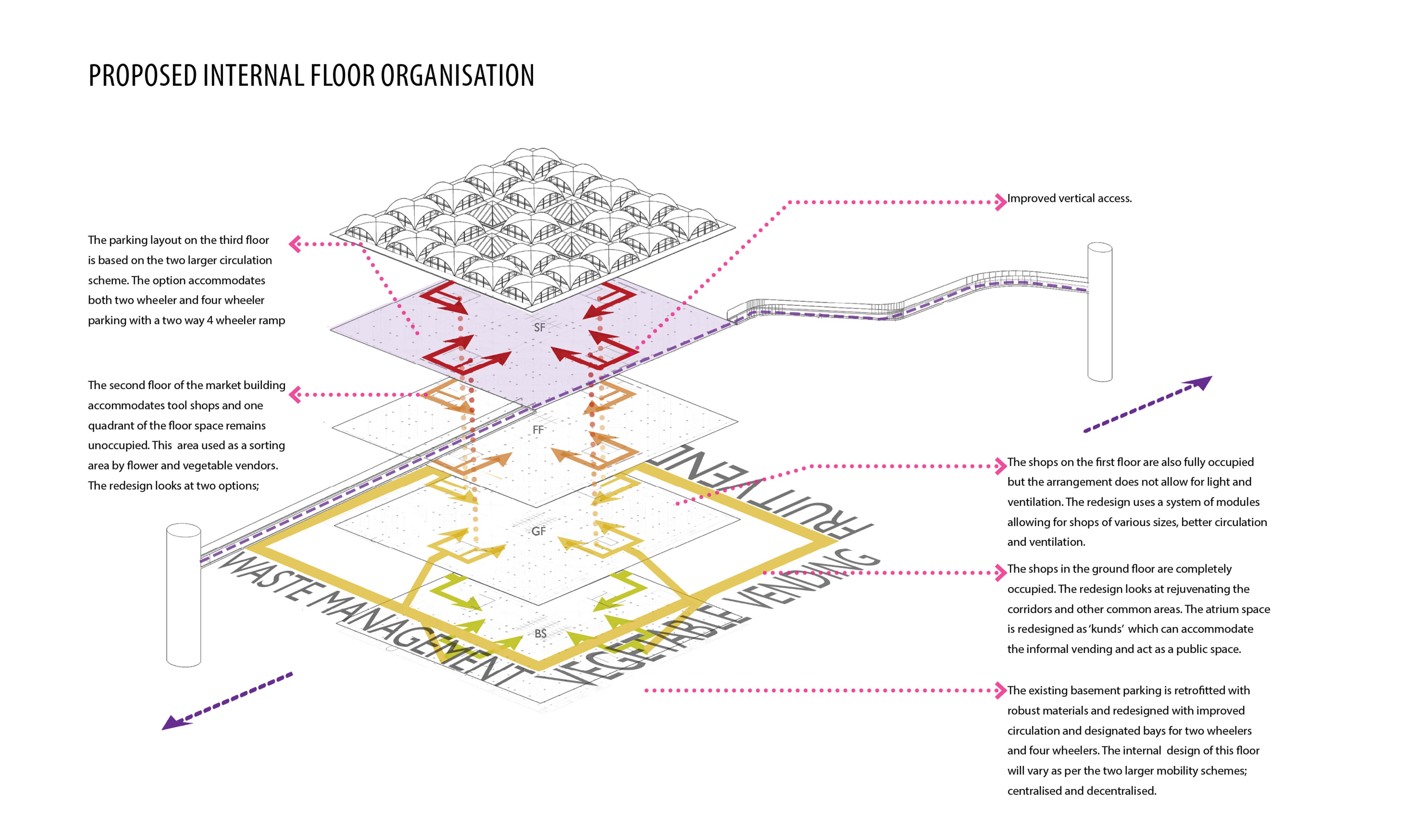 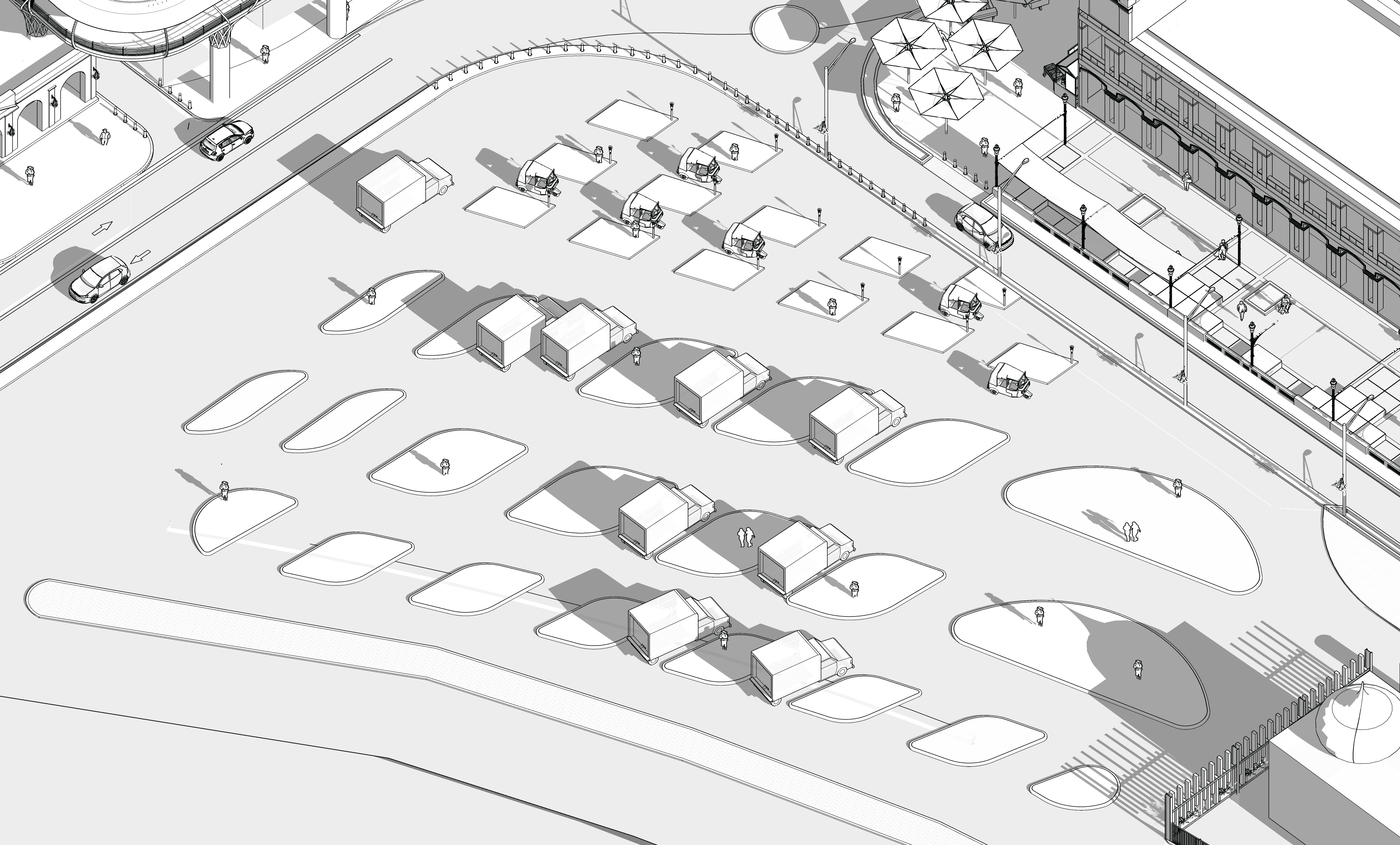 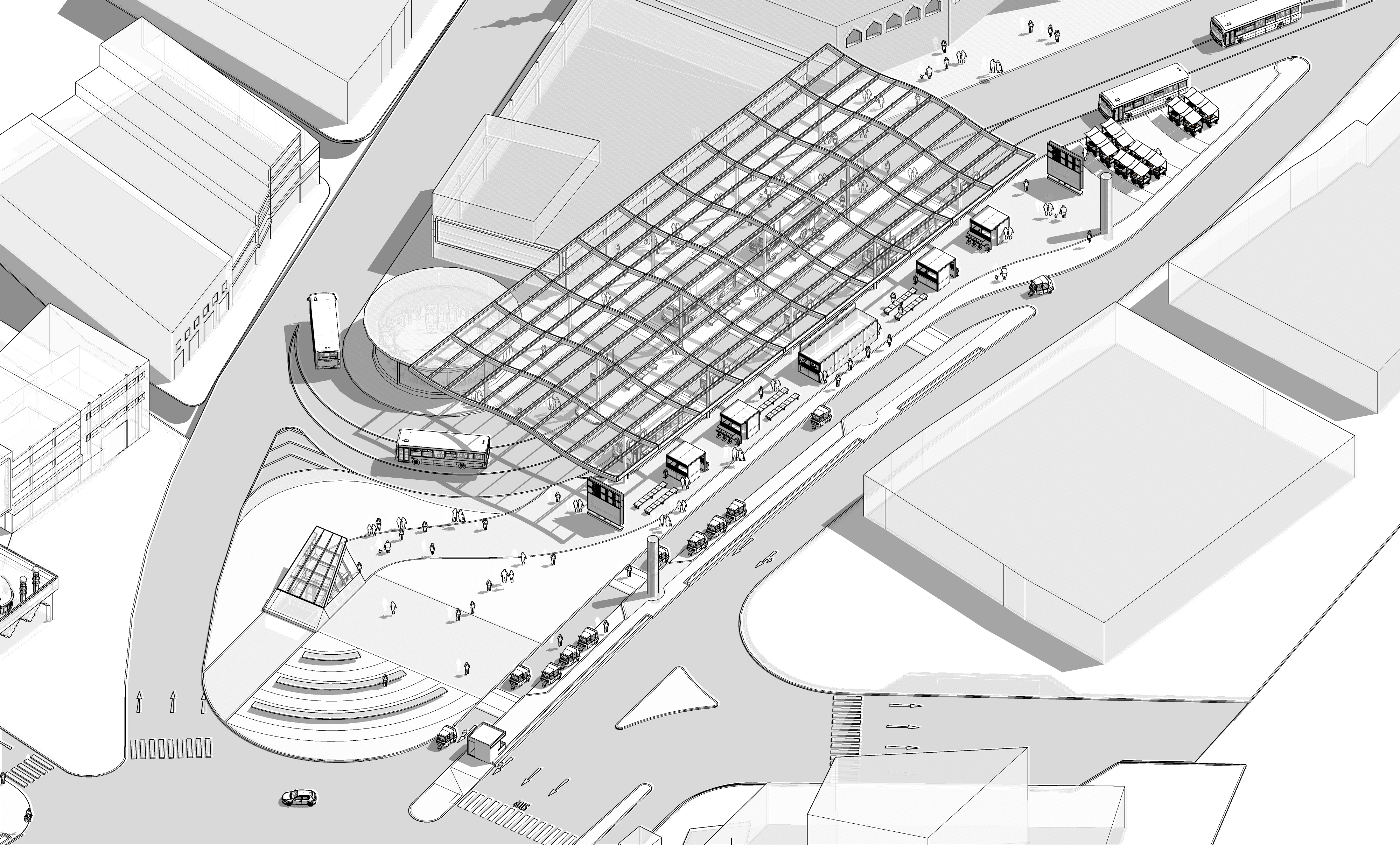 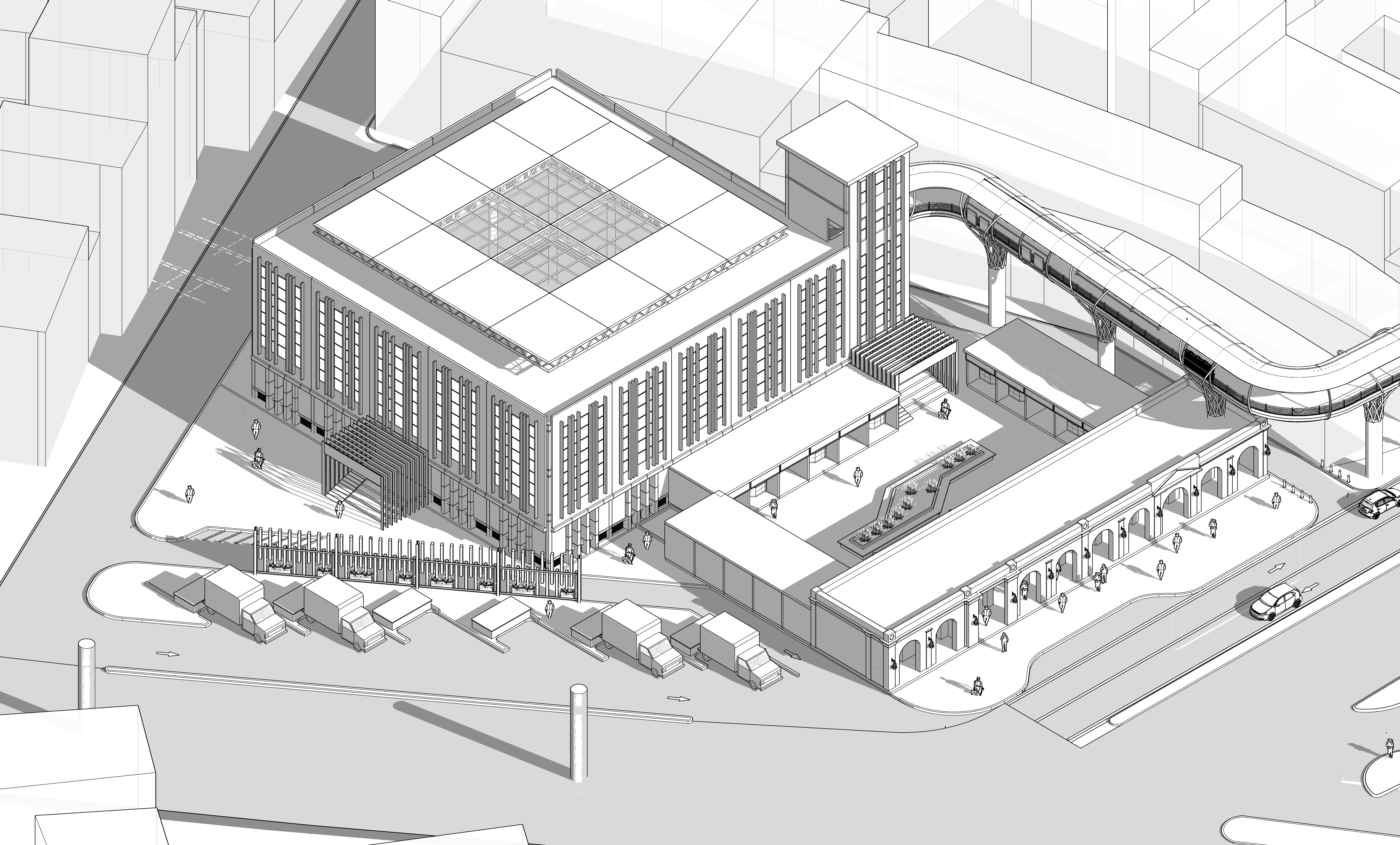 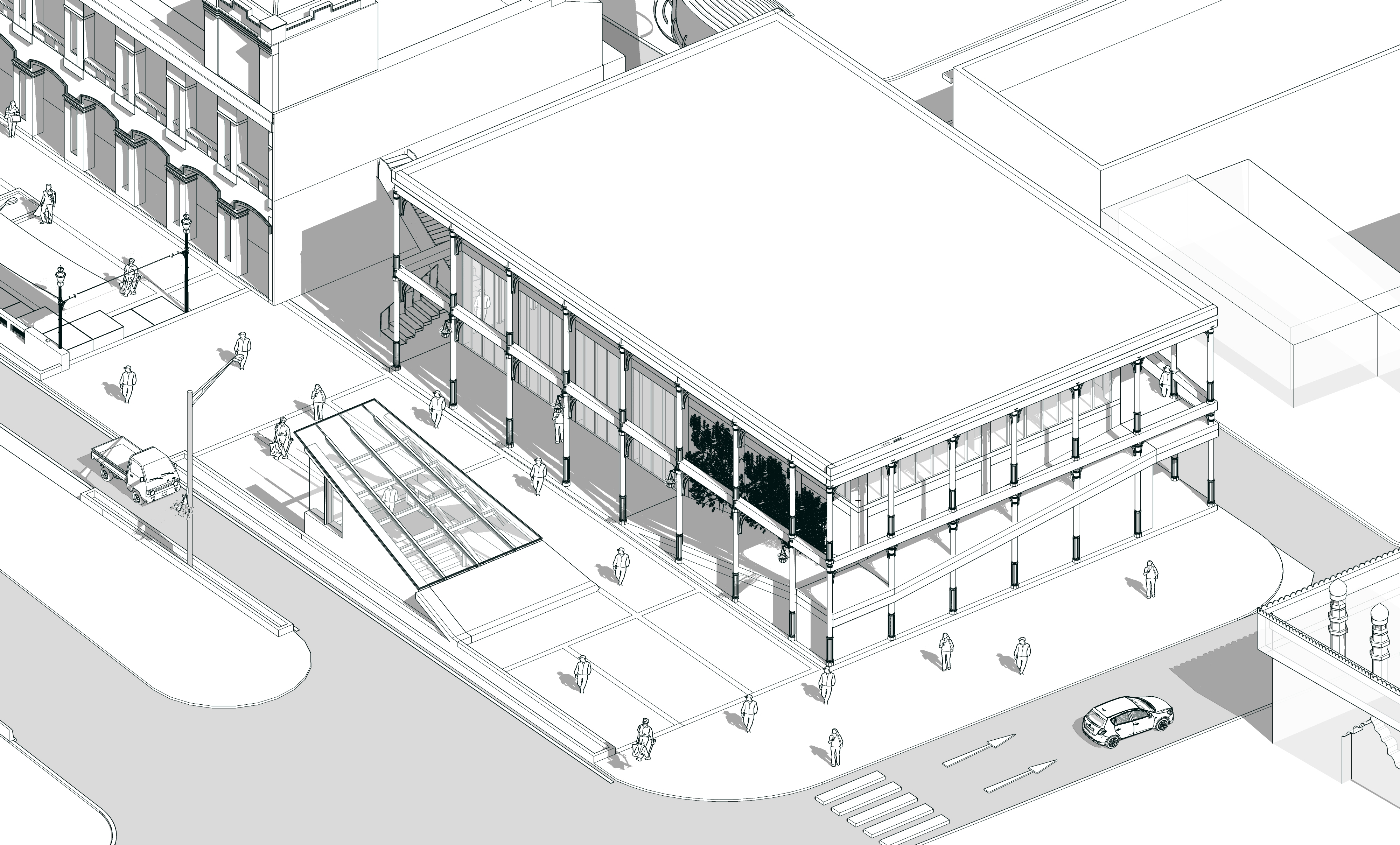 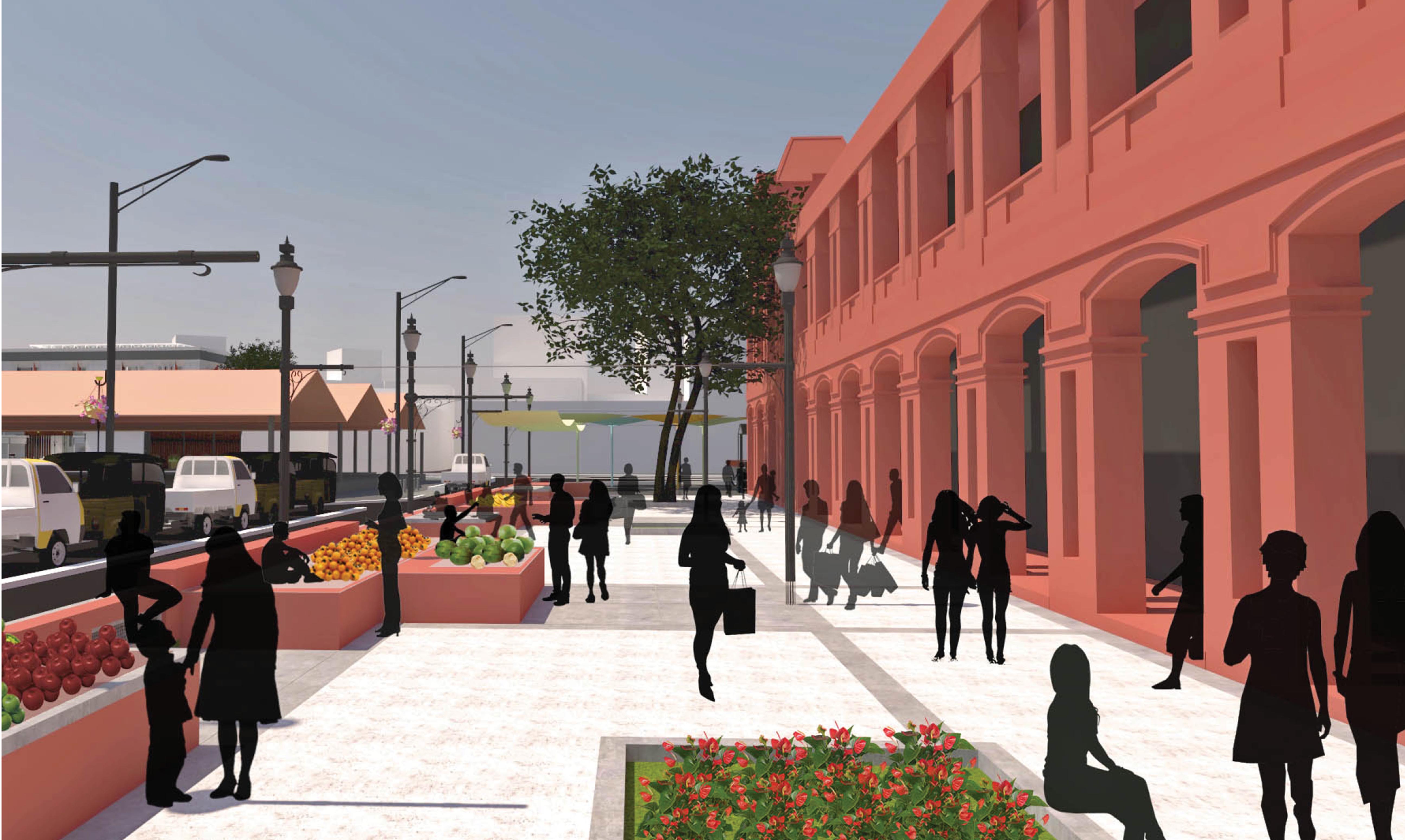 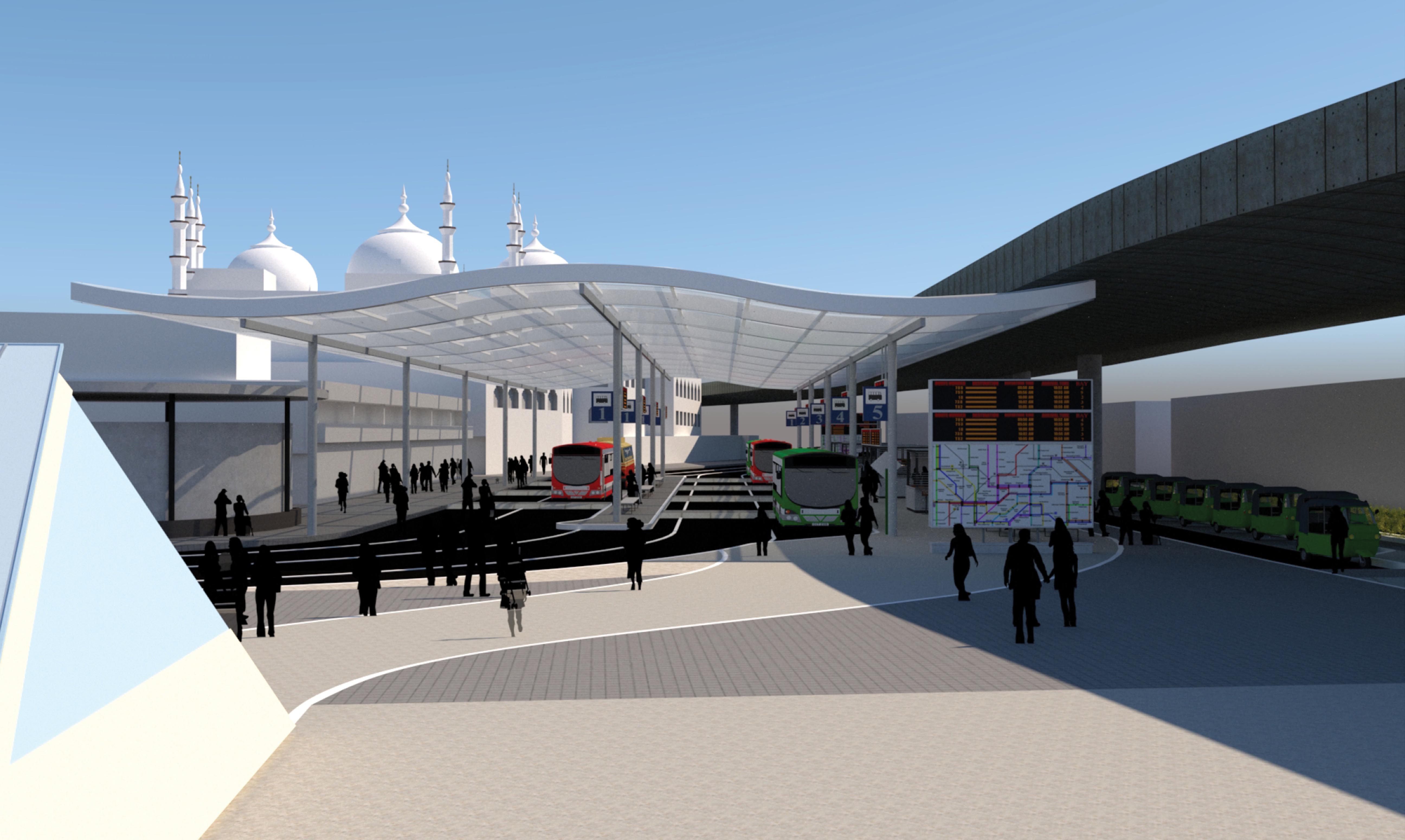