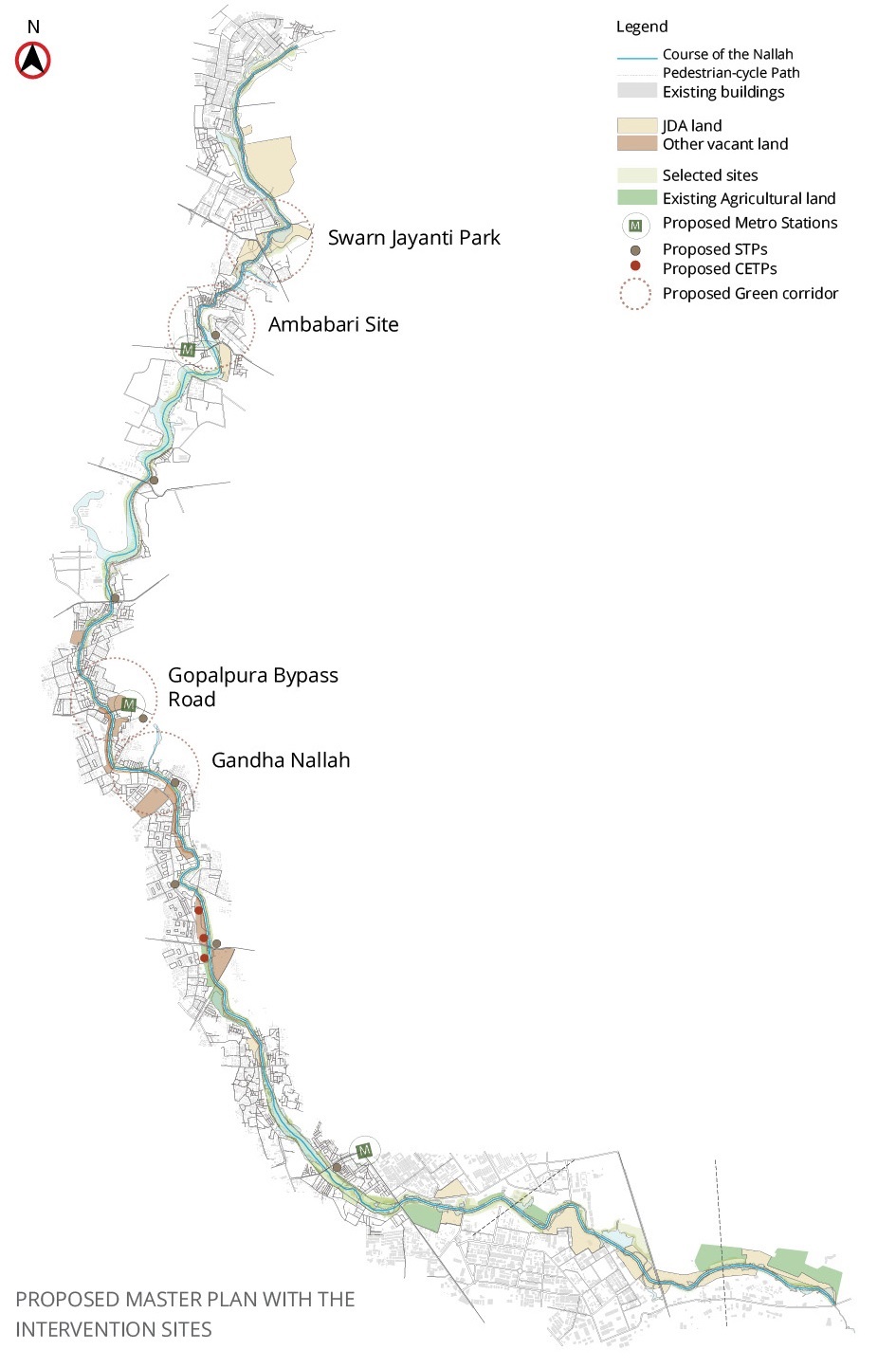 Amanishah Nallah runs to the west of Jaipur, starting from the Nahargarh Hills circumventing the city and joining the Dhund River in the south-east. Currently the nallah runs through an industrial zone, several high density lower economic residential zones, the cantonment area, vacant-agricultural lands. This creates a varied and diverse character along its edges. Though once an integral water source for the city, the nallah currently is no more than a drain, insignificant in the life of the city. It is heavily contaminated with sewage and industrial effluents and is physically and visually inaccessible from the city.
Project C.A.N.A.L is envisioned to rejuvenate and revitalise the nallah, and through that the city of Jaipur. The proposal aims to utilise the nallah to its maximum potential by;
* preventing sewage and other effluents from entering the nallah and defining and protecting the project area
* creating a valuable green infrastructure corridor for the city that channels the surface run-off water and increases percolation and brings back the riparian ecology of the area.
* creating a 47 KM non motorised transport corridor through the heart of the city – connecting to all key roads and public transport nodes
* To create landscaped public spaces for the public to enjoy and connect to the canal front, to bring back the canal as an integral element of the city
* To identify four development sites along the canal for projects of great public value 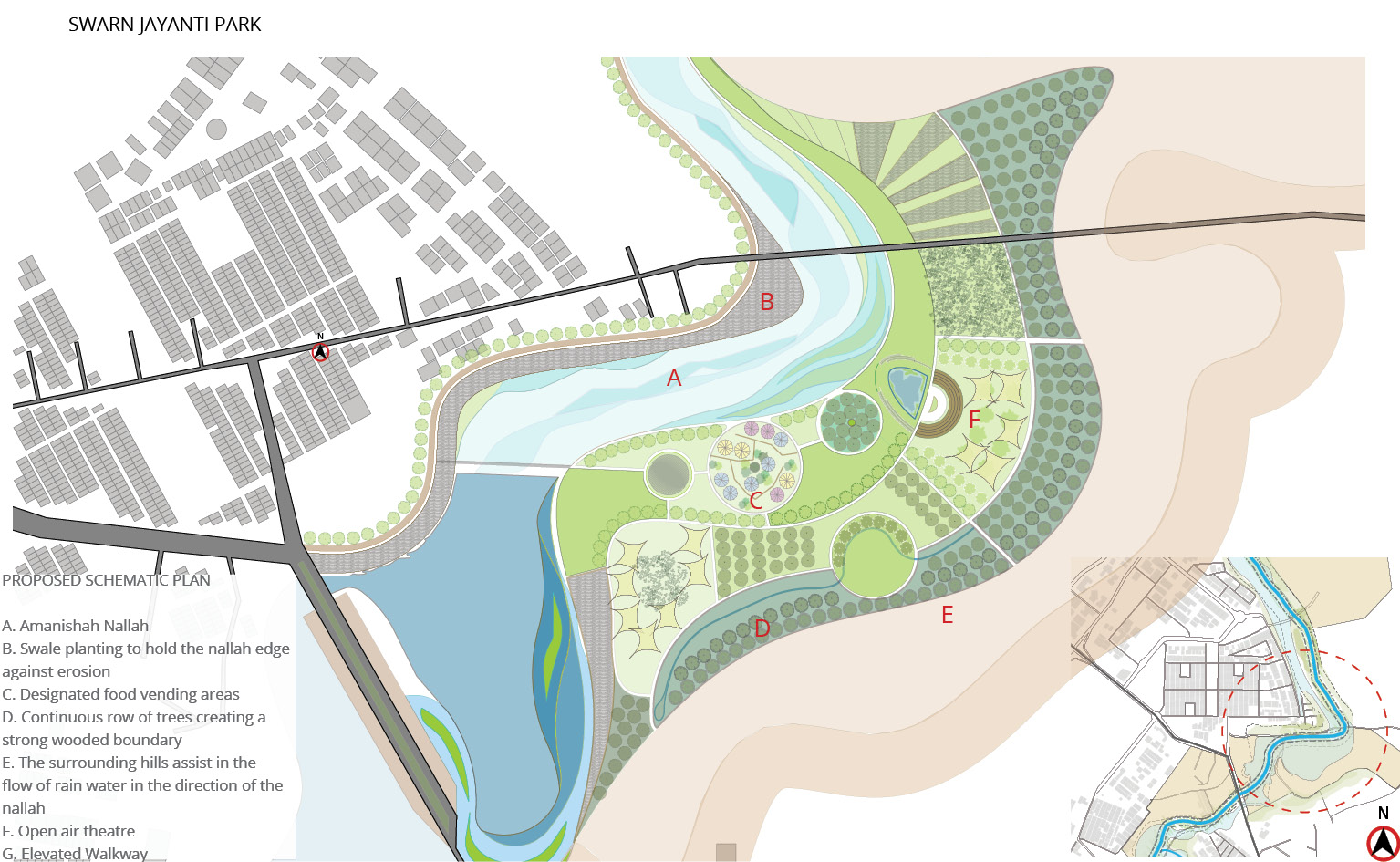 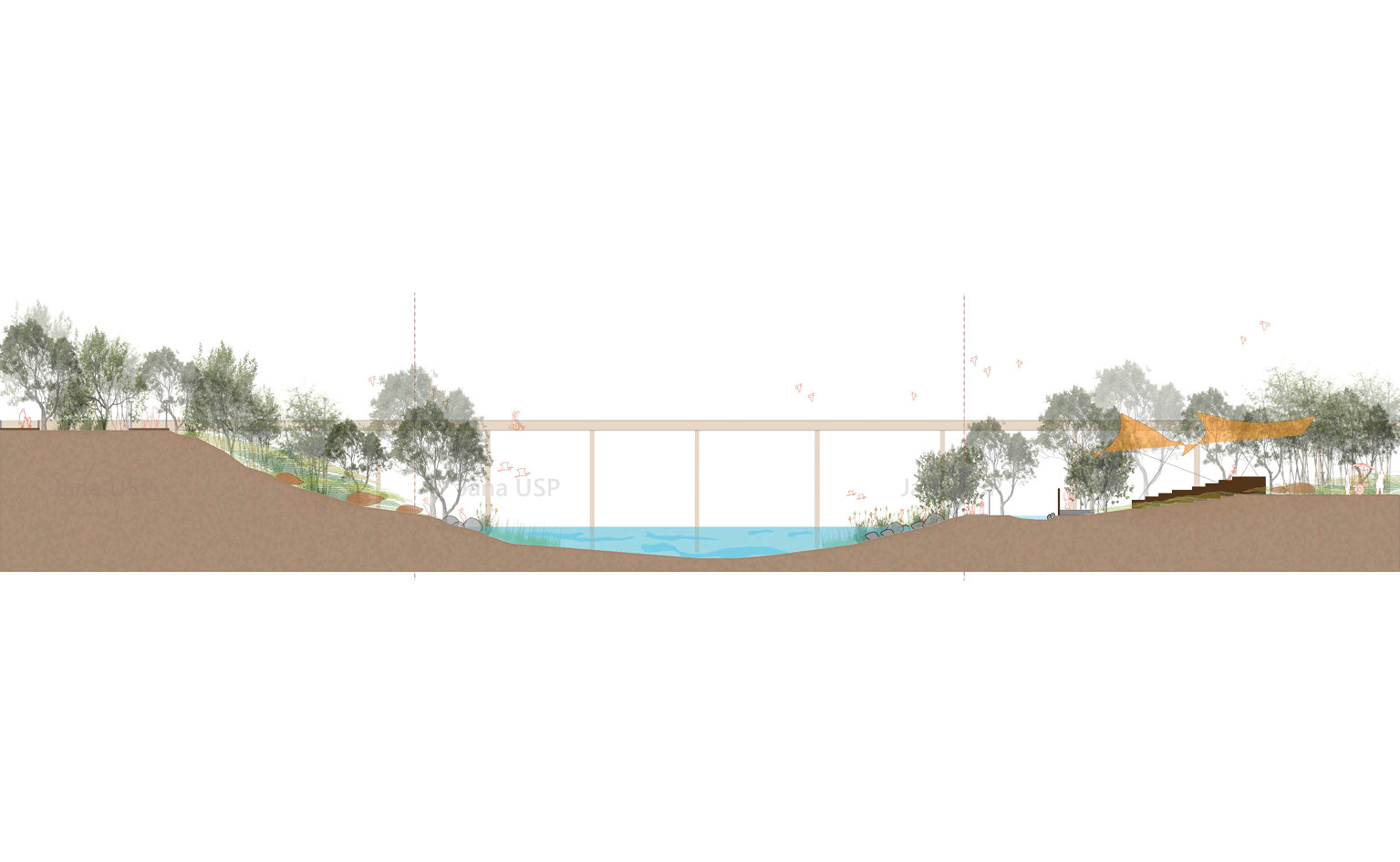 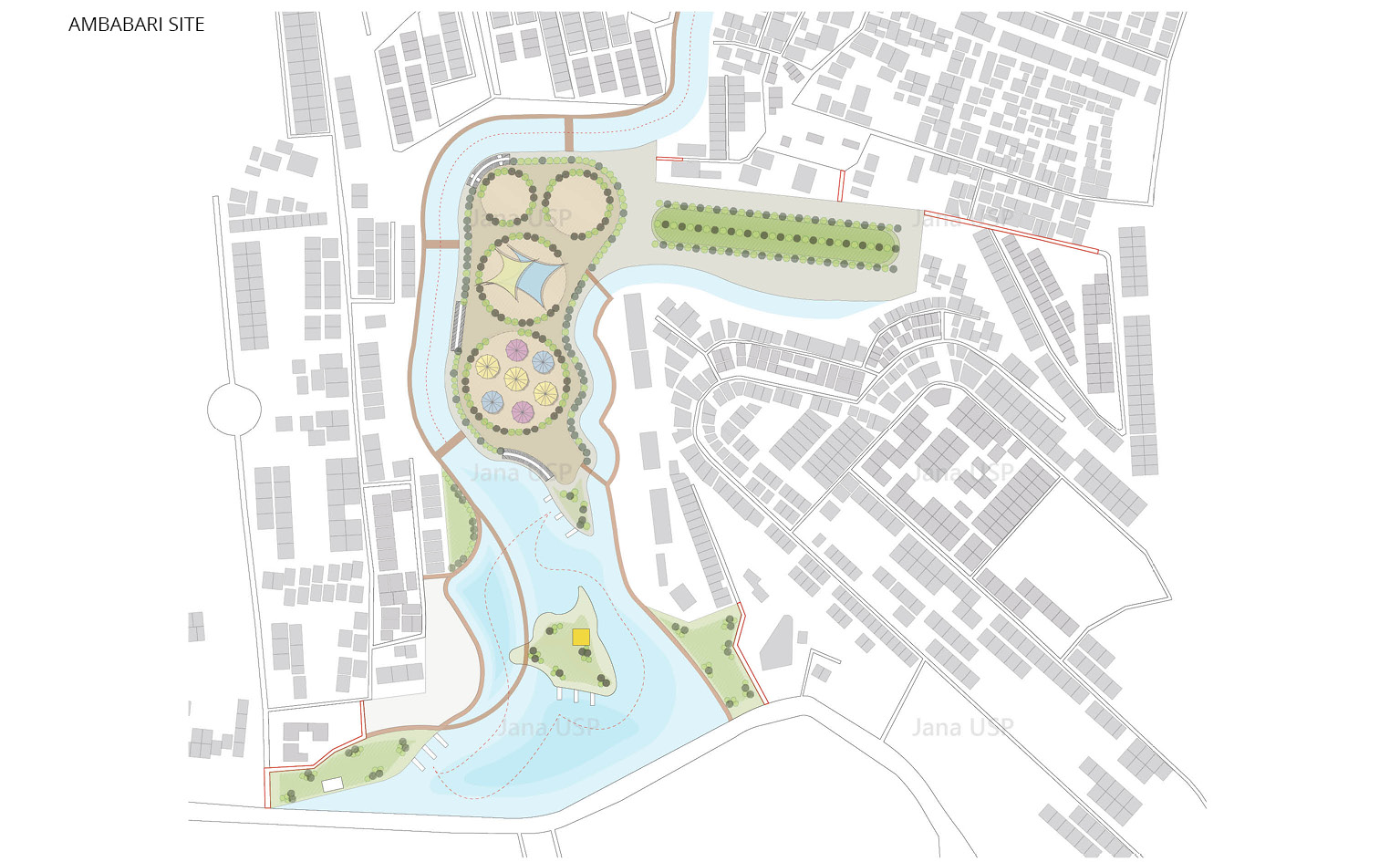 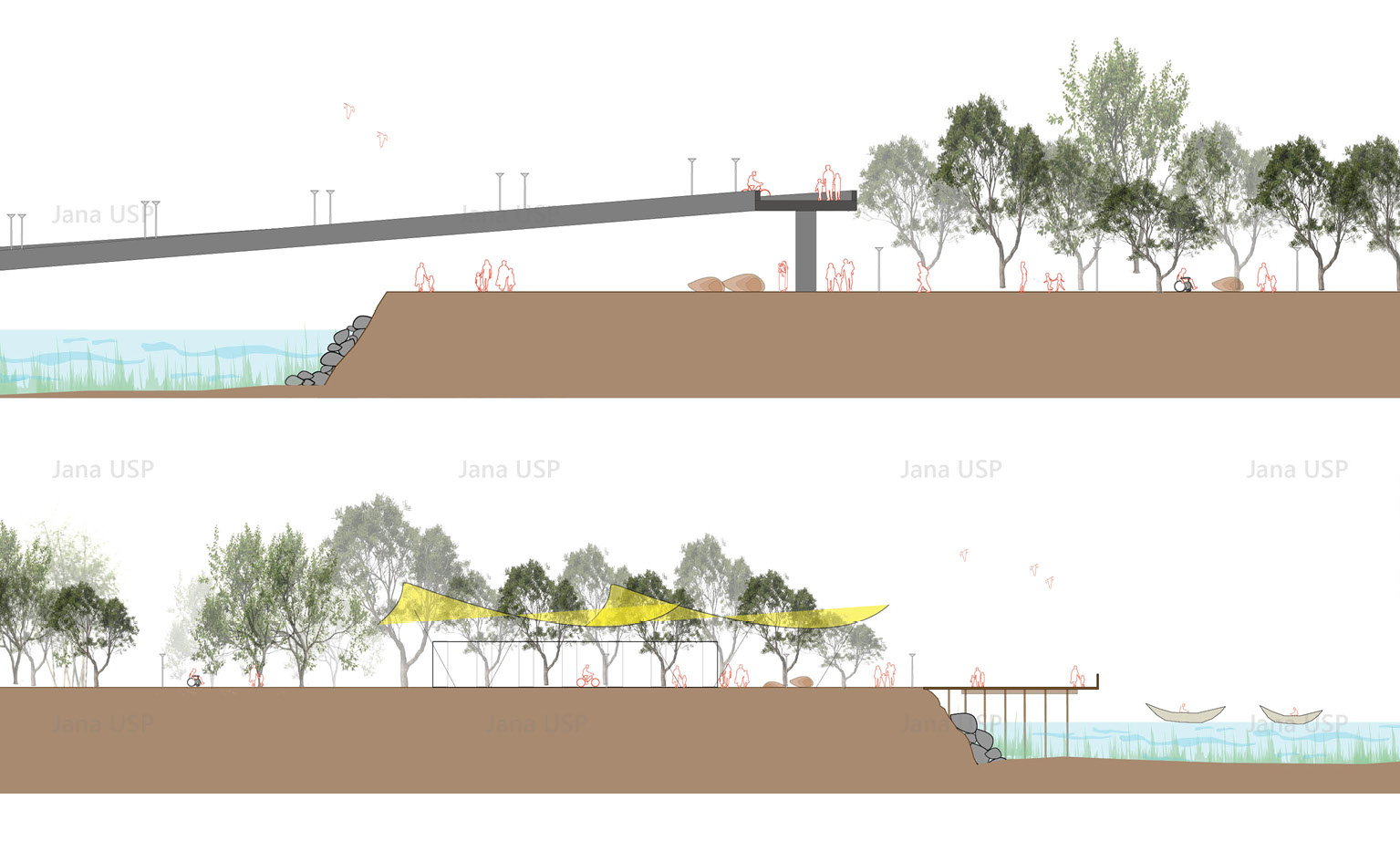 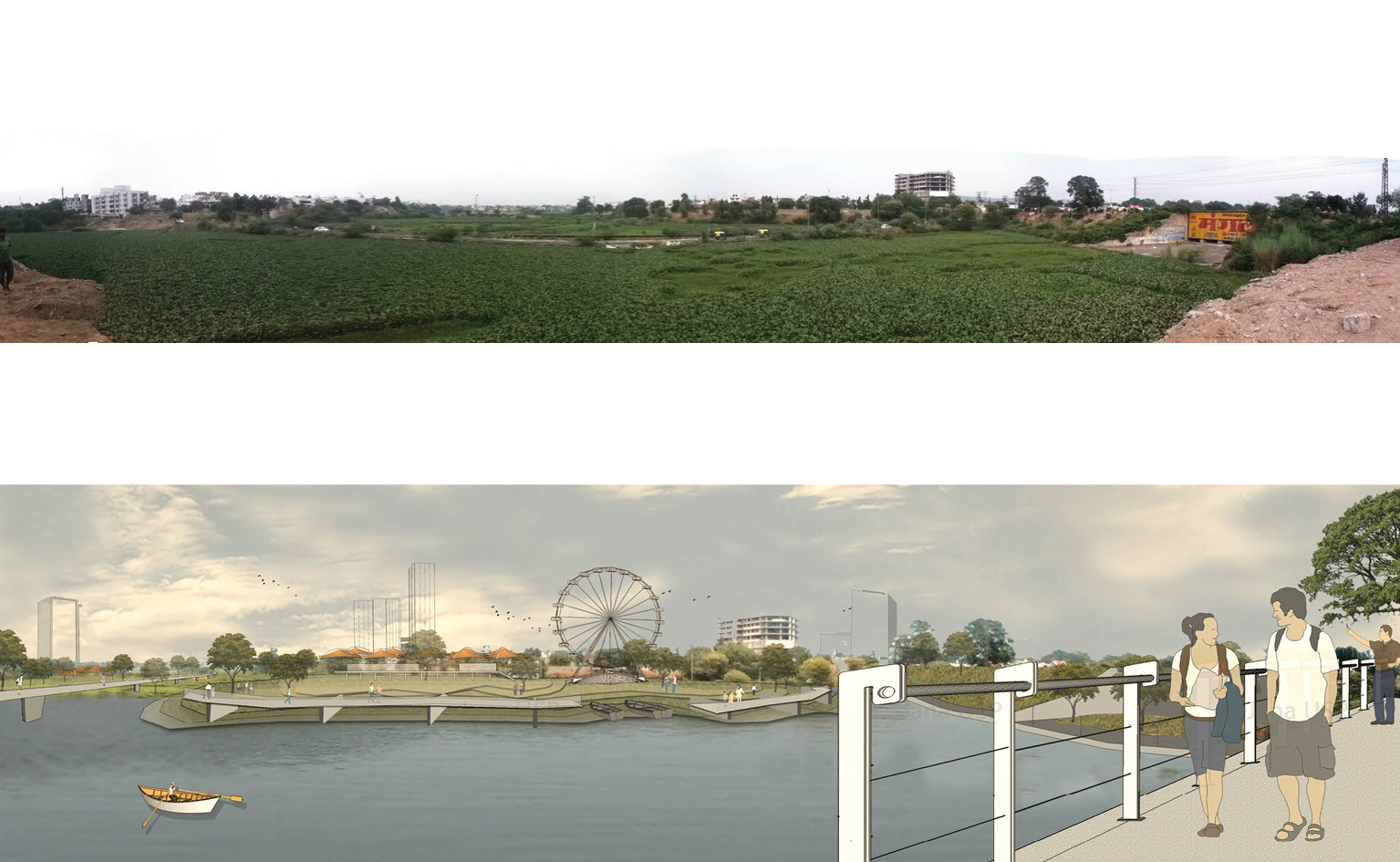 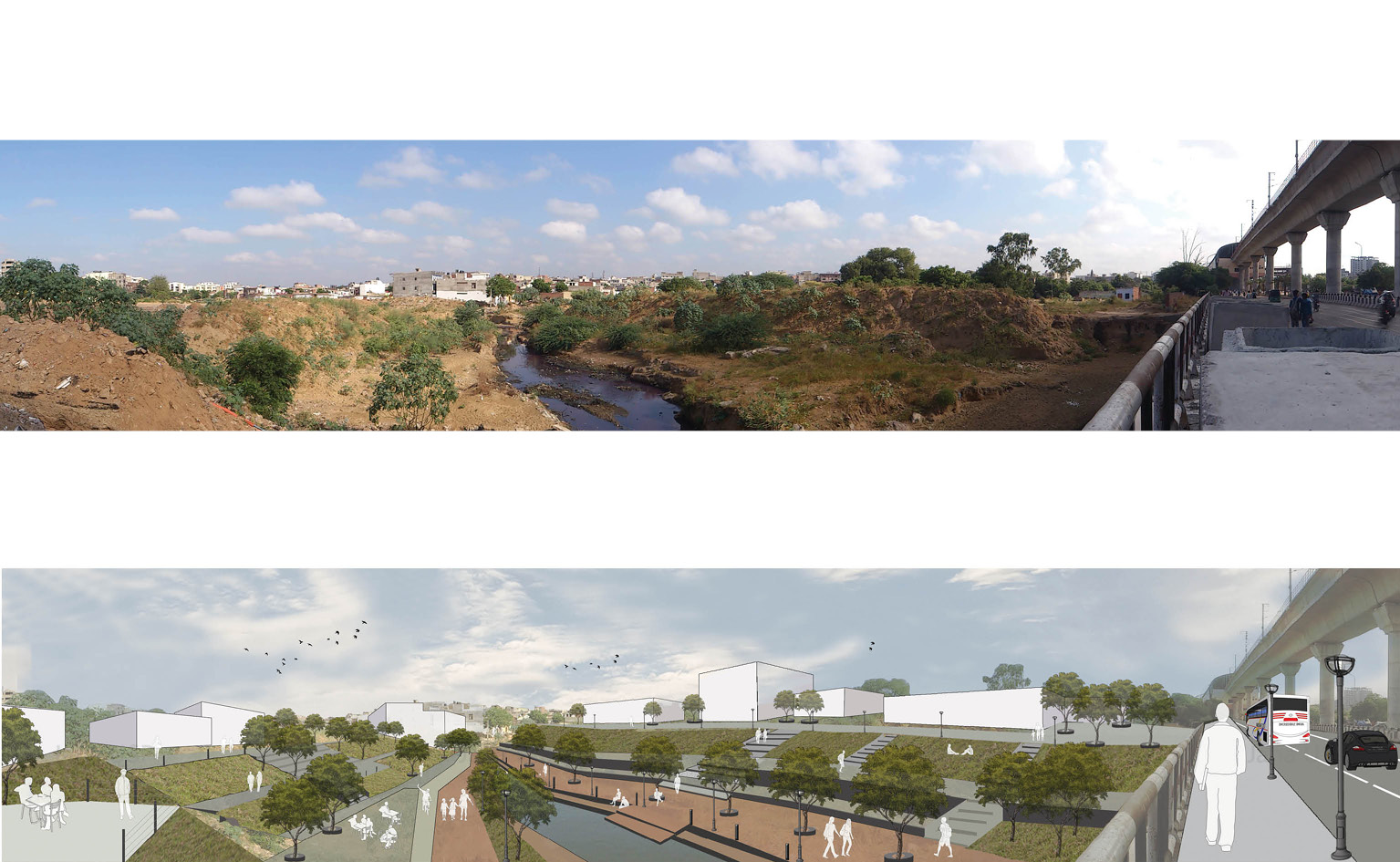 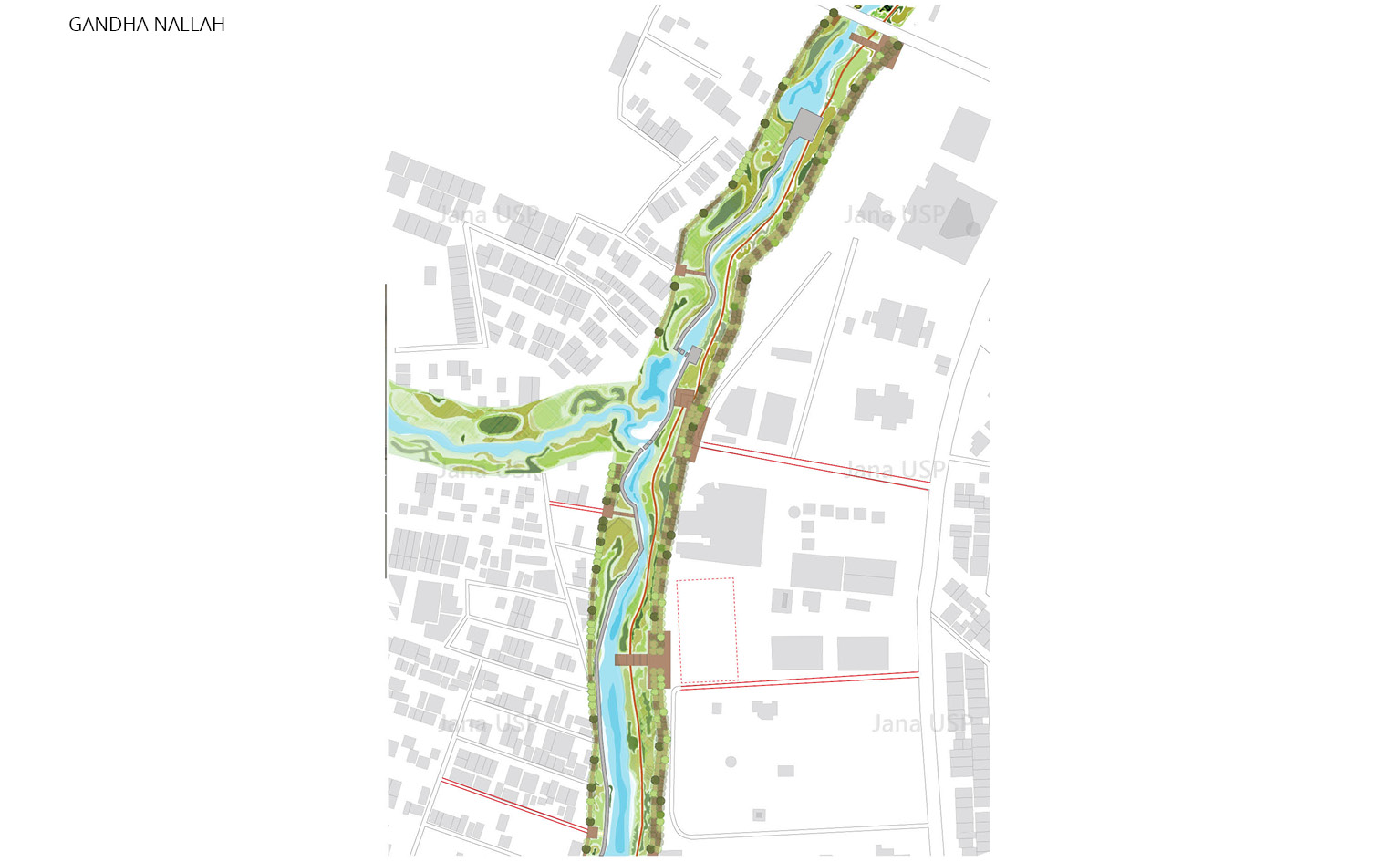 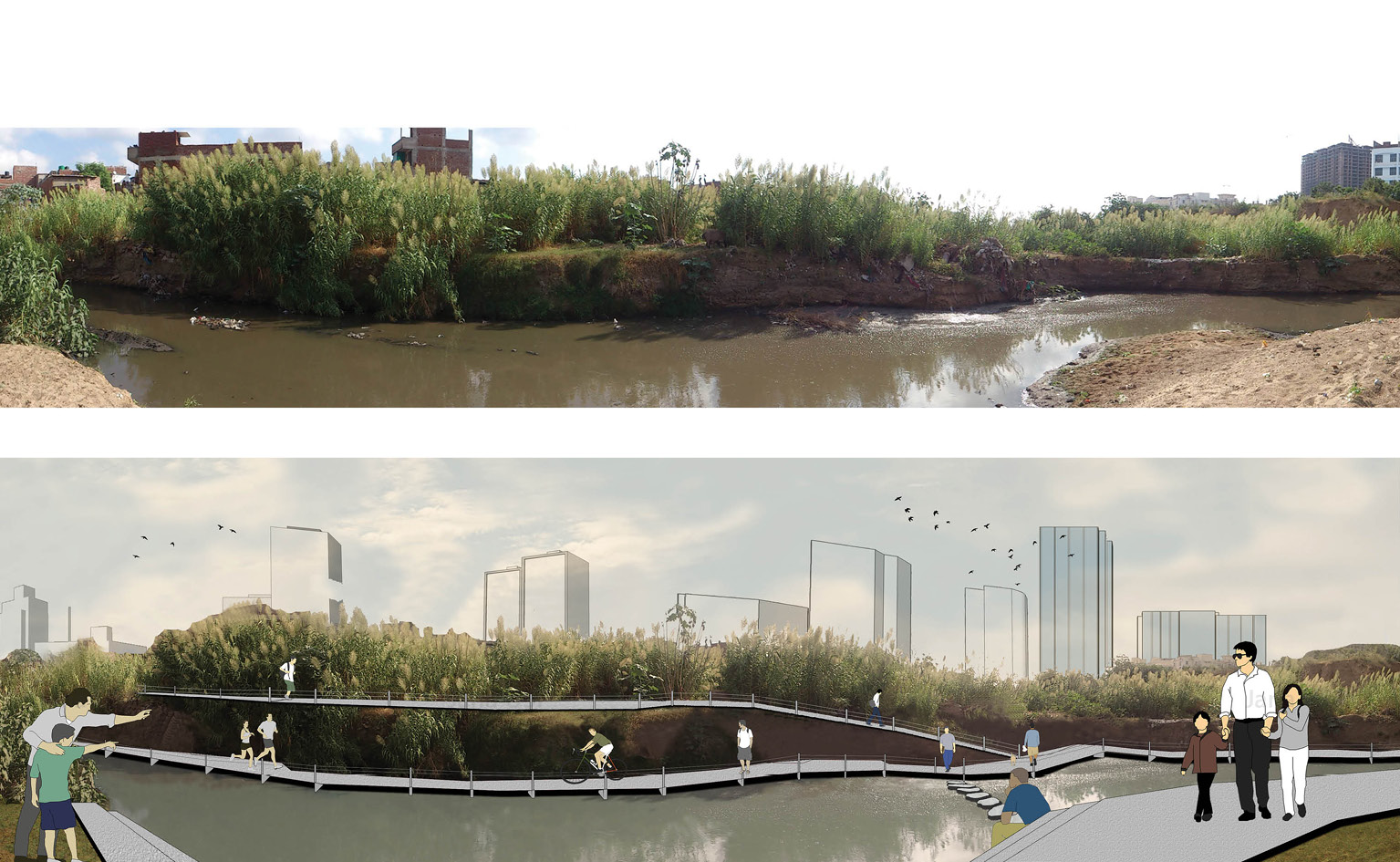